Even though people are buying “hoverboards” which are not really hoverboards but oddly shaped scooters, one Japanese company managed to create something that’s almost as amazing as a floating board: the floating bonsai tree, smartly called Air Bonsai. And when you see it, you will instantly fall in love with it and you’ll just have to buy one!

The concept is absolutely amazing and the product itself will start shipping in August 2016, following a very successful Kickstarter campaign that managed to raise over $450,000 (the goal was $80,000) with 33 days to go. So the numbers will surely go up quite a bit.

So… are you really getting floating bonsai trees that are alive and look awesome! Exactly! Hoshinchu, the company that’s behind this extremely original and breathtaking idea, decided to create the floating bonsai like miniature galaxies: we have the “little star” which is a levitating moss ball where you can transplant any bonsai into and an “energy base” which is a rotating mechanism made of a traditional Japanese porcelain art. It conducts magnetic energy, which makes the plant float and basically bring science fiction TV into your home!

And we also have a video to share if you want to see more of these amazing Air Bonsai in action:

That is SO awesome! I know what I want for my birthday. Or whenever. Instabuy – so don’t hesitate to share this so all your friends know about this amazing upcoming product! 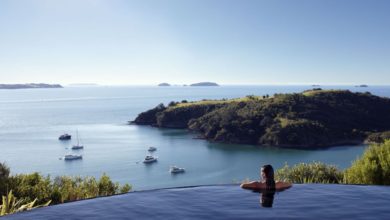 The Most Amazing Girls Underwater Photos