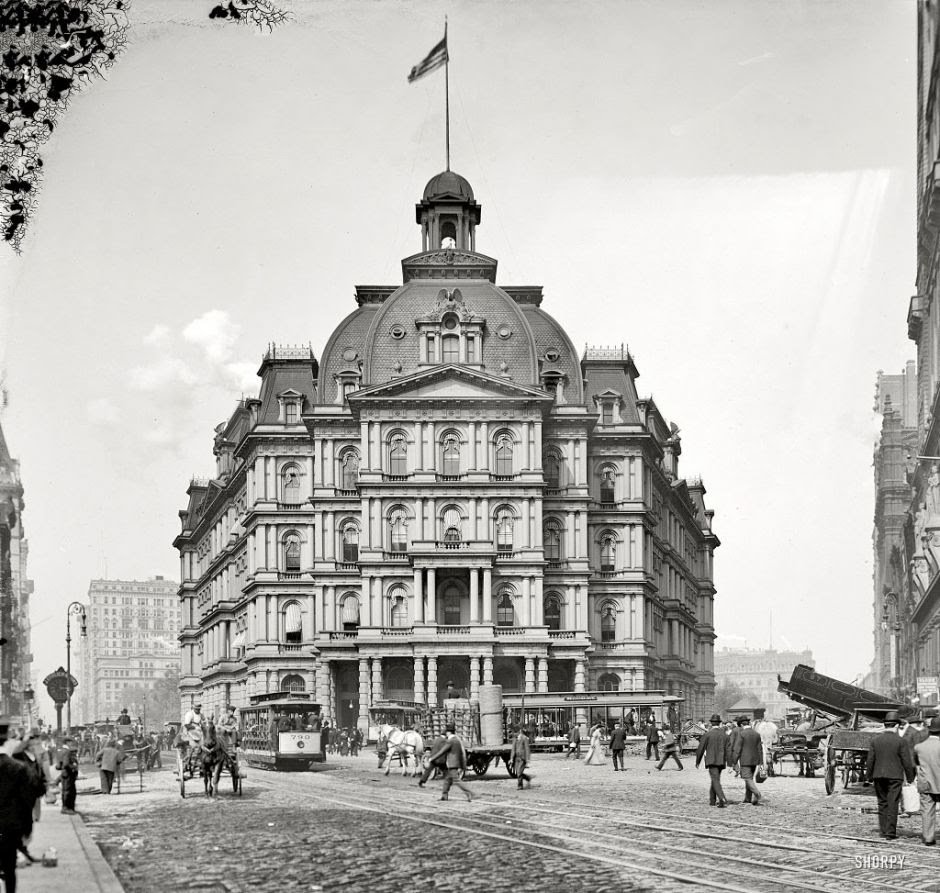 100 years ago, people were still riding horses, not taking selfies and not worrying if foods are organic or gluten free. 100 years ago things looked completely different to the way the look today and probably the best way to see the huge difference just 100 years can make is by looking at these absolutely amazing photos of US cities from over 100 years ago. I was totally blown away by this and by realizing how much the human kind evolved since the early 1900s! Enjoy! The main street of Memphis, north of Avenue Gayoso, 1910. Grant Avenue after an earthquake in San Francisco in 1906. View of Manhattan Bridge from Brooklyn in 1909. Dexter Avenue and the Capitol, Montgomery , Alabama , in 1906.