When you see a goth kid wearing makeup and spiked armbands, who wears contact lenses and is a fan of Marilyn Manson and Rob Zombie, among others, you don’t expect too much from him.

But Andrew De Leon – because this is the name of the teenager – certainly managed to raise a few eyebrows with his impressive performance during America’s Got Talent auditions.

He admitted that he never sang in front of anybody in his life and only performed in his room.

And yes, he is extremely surprising and overall a great contestant because the contrast is simply amazing.

Check out Andrew De Leon’s performance and let us know what you think!

Really now, I DON’T want to hear him singing anything from Marilyn Manson! 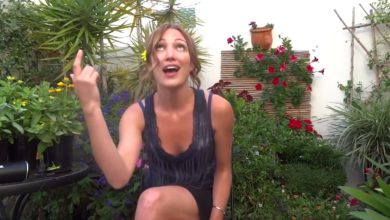 Tamsin Rae Is the Best Female Rapper You Never Heard Of