Ebola is getting more and more attention these days: there are a few cases already confirmed in the US, while the Western African states where the outbreak started are still having a lot of trouble containing the virus and stopping it from spreading. As this was not enough, a strange news report has become viral: the report of Ebola victims raising from the dead.

There were photos of the alleged Ebola Zombie, there were “confirmed videos” that could never be actually watched and there was a creepy footage online of a reporter presenting an Ebola victim raising from the dead.

Therefore, many people have started to worry that the zombie apocalypse is finally coming. Even more are getting really scared of this news, as anybody should be. Dead men walking, be them Ebola victims or anything else, are not something to be taken lightly. But are the Ebola zombies real or it’s just a hoax meant to scare the public even more?

Fortunately for humanity and unfortunately for the zombie apocalypse fans, the Ebola zombie is not real. The following photo has been used to show the first Ebola Walking Dead:

As The Independent reports, the “confirmed” photo is nothing but an image taken from the World War Z movie and shared as a genuine one, after it has been slightly altered. It’s pretty obvious that the wounds and scars are not real either.

And even though the internet is joking on how they would love to see a zombie apocalypse start, and even though the Ebola zombies are not real, we should still have one thing in mind: the Ebola does exist, it is real and it’s extremely dangerous. The virus has already claimed the lives of thousands of people and some are worried that a global pandemic is about to begin. This is extremely real, and nothing is funny about it.

I know that it’s human nature to make fun of things – and our blog, Everything Mixed is a living proof of that – but we should have a limit. People are dying here and the danger is present in the US as well. Let’s not start rumors and hoaxes and have fun about this. At least not until the spread of the virus is stopped and people are no longer dying.

Either way, if you were worried, I hope it’s all clear now: the Ebola zombies do not exist! So please share this article so everybody finds out the truth and sleeps well tonight! 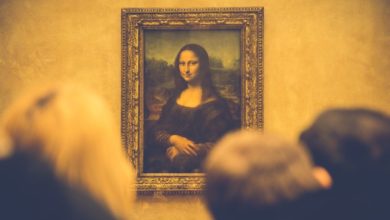