This story is sad and insanely funny at the same time and if there weren’t any photos, you could really think that it’s all made up or just a sick April Fools joke. However, this really happened at the end of March and it’s as real as it gets: a man really decided to kill himself during his own wedding after he realized that his wife is too ugly. I kid you not!

Here’s how the story goes: 33-year-old Kang Hu was all set to marry 30-year-old Na Sung in China’s Hubei province in late March, but things didn’t go as planned by the parents. Because, yes, the wedding was an arranged one by the groom’s parents and Kang Hu had never seen his wife-to be. But when he did, he stunned everybody at the ceremony when he told her she’s ugly and marrying her would be bad for his image.

The groom apparently ran away from the ceremony and it took several hours for his family – and his wife’s to be family – to find him. He was wandering along a river’s bank, probably trying to find out a solution to get out of the mess he was into. However, it was a pretty dramatic one because he decided to jump into the river and try to end his life. The photos below are of his rescue:

“He was fully clothed and floating face down in the water,” said Qan Tsui, a friend who managed to take photos of the rescue. “He was unconscious and I thought he was dead. When the police arrived, one jumped in and dragged him ashore with the help of firemen who put a rope around his chest to pull him out before pumping his chest,” he described. “They saved his life.”

After regaining consciousness, Kang eventually explained his behavior: “I feel bad about what happened but when I saw her she wasn’t what I had expected and I realised she would be bad for my image. My parents had arranged this and I couldn’t see any way out apart from suicide.”

I would really be curious to see some photos of the wife, but I wasn’t able to find them. I mean – how ugly can you be that you push a man to commit suicide because of that? or maybe he just had insanely high standards… Either way, one thing is clear: arranged marriages might work, but they will most likely fail. Like this one which is probably the ultimate fail in arranged marriages.

American Students Know How to Party

These Are the Most Hipster Hipsters that You Have Ever Seen 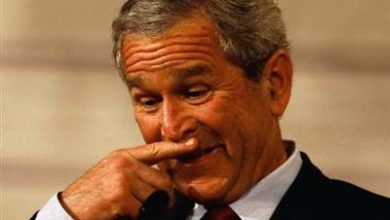 7 Secret, Funny and Always Weird Things that All Men Do (Without You Knowing)