With Celebrity Big Brother 2015 just kicking off, and with some great names featured on the list of house guests, I am sure you are wondering just how much did the show creators pay to have the line-up of stars this year. Well, we’re here to shed some light on this matter and, even though we don’t have data for all the celebrities there, we still have some numbers – and pretty exciting ones too.

For Celebrity Big Brother 2015, one of the biggest names on the list are fashion blogger Perez Hilton and The Sun columnist Katie Hopkins, as well as Calum Best, Chloe Goodman, child star Jeremy Jackson and Keith Chegwin.

So how much have the Celebrity Big Brother 2015 stars been paid to be part of the show? We have some numbers for the aforementioned celebrities, and some might be pretty surprising.

According to website Unrealitytv, the biggest pay check has been handed to Katie Hopkins who has been paid no less than £400,000 to enter the house, making her one of the best paid stars that have ever entered the house. Apparently, people want loud mouthed, rude people on their show, but strangely – at least following the first episode of the show, Katie Hopkins is not the same as the character she portrays in the Sun… but there’s still time to see how she acts.

The second best paid star of Celebrity Big Brother 2015 is blogger Perez Hilton who reportedly received £150,000 to enter the house, while Jeremy Jackson has been paid £100,000. Calum Best has only agreed on a £50,000 fee, whilst Keith Chegwin has reportedly settled for just £20,000. And whilst the numbers might seem a bit low compared to what Katie Hopkins has received, it’s certainly not pocket money that we’re talking about, so you shouldn’t frown.

Either way, I guess that looking at the numbers it’s pretty clear that bringing in the controversy is profitable and you don’t have to be liked in order to get the big bucks. Not something that I particularly enjoy, but it is pretty much obvious that I am in a minority here.

What about you? What do you think about the Celebrity Big Brother 2015 line-up and who do you like the most? And, most important – do you think that Katie Hopkins and Perez Hilton are really worth the money the producers have spent on them? 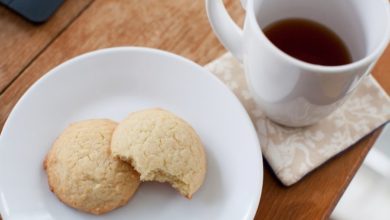 Is Beyonce Pregnant? Her Instagram Photo Seems to Say So