I’ve heard about tons of crazy things happening in this crazy world, but sometimes somebody decides to come and become the funniest (as in “unfortunately crazy”) person on Earth: for example this guy presented by the New York Times who managed to fall in love with… his pillow. Ouch!

Even “ouchy-er” is the fact that the man, an Asian guy named Nisan (who ironically drives a Toyota), fell in love with his pillow (whose name is Nemutan) three years ago when they first “met” during a Comic Con convention.

Nisan bought his love for $70 and since then he admits that his life changed. You can say that again! I know people are not used to see a 37 years old male walking around with a pillow he considers his girlfriend. Want more? Oh, there IS more!

The character on the pillow, Nemutan, is actually a character from a Japanese visual novel (if you’re not familiar with the term, you can get an impression on what that is here) titled Da Capo. The problem? She looks like she’s 12 years old or something – a fact that doesn’t make Nisan look better.

Fortunately, he admits that he knows that the girl is actually nothing but a pillow. However, he considers it his girlfriend and he’s certain he has feelings for it (or her – I’m getting really confused over here!).

“When I die, I want to be buried with her in my arms,” says Nisan to the New York Times reporter and I think that’s what makes this otherwise hilarious story quite sad.

But at least he is happy…

Could You Live Without Money? Rachel Newby and Liam Culbertson Prove that It’s Possible 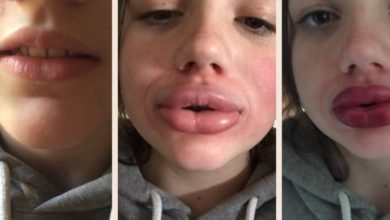