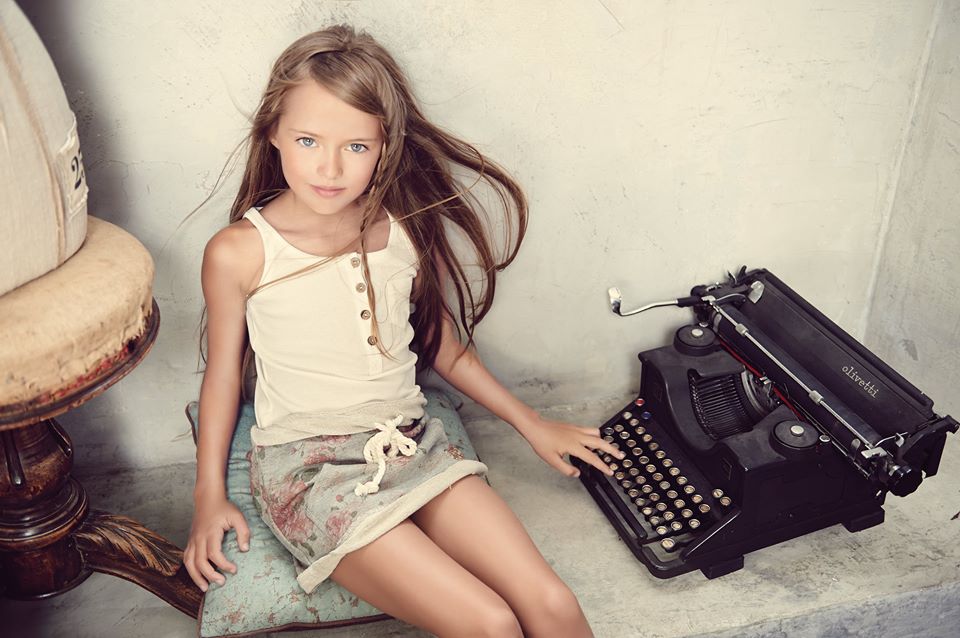 Beauty is hereditary in her case, as her mother is also a supermodel Glikeriya Shirokova – so that’s indeed a beautiful family!

Back to Kristina, she has been modelling since she was three and she got into this by following her mother on the set. Since then, she worked with big name brands, including Vogue, Armani and Dolce & Gabbana. And her popularity is on the rise!

And while the 9 years old Russian supermodel Kristina Pimenova is indeed a beautiful girl, there’s also a bit of controversy surrounding her appearances, with some voices claiming that her adult fans consider her a woman and some comments are inappropriate for a girl of her age. However, she only models for kids clothes and never wears make-up, so a big thumbs up goes for her parents. It’s pretty clear that Eden Wood has some learning to do from here.

But enough talking! I am sure you are really curious to see with your own eyes the 9 year supermodel considered the most beautiful in the world, so here are some photos of Kristina Pimenova (in the first one, she’s near her mother Glikeriya): Now I think that Kristina Pimenova is indeed an extremely beautiful kid. What do you think – is she the most beautiful girl in the world?