When I woke up this morning, I was shocked to see the following hashtag trending on Twitter: #RIPMadonna. After the recent loss of Leonard Cohen, I didn’t think that the world was ready to lose another star, especially not one as big as Madonna. In this article we’re going to learn more about Madonna, the RIP Madonna hashtag that took over the internet and find out why or if the singer actually passed away.

Madonna has just launched her latest album – MDNA and her single Gimme All Your Luving, a collaboration with M.I.A. and Nicki Minaj proved to be less than what the fans wanted, as the single is expected to drop out of the Top 40 soon, without actually managing to reach the heights of success Madonna is used with.

It appears that this is actually what started the RIP Madonna trend on Twitter: people started to use the #RIPMadonna hashtag in order to mark the passage of her single and latest album out of the top charts, considering it a huge flop.

So, even though this is not good news for Madonna, it certainly is very helpful to know that Madonna isn’t actually dead and we could consider the trending hashtag on Twitter nothing but a hoax. Or a joke that went too far or completely wrong.

Although it’s not clear at the moment who started the RIP Madonna messages on Twitter, some voices claim that it was Lady Gaga’s fans who did so. Of course, the singer herself has nothing to do with this and probably we will never know what started this scary fake hashtag.

Of course, some nice tweets followed from Madonna’s true fans and we’ve selected a few to share with you below:

this #ripmadonna hashtags are not funny. Why would you play around with the death of someone? Y'all do not have any home training.

My heart just dropped I hate Twitter so much #RIPMadonna

Well, it seems that some people really like faking news and messing around with celebrities. We can only be happy that she’s still alive and doing well! 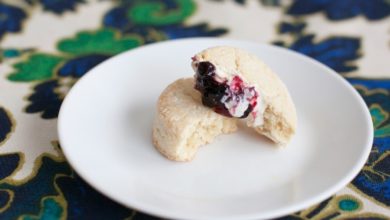 Taylor Swift Looking to Insure Her Legs for a Whooping… $40 Million!