I was shocked to hear that a nurse, Kaci Hickox, that just came back from West Africa after fighting Ebola there does not want to enter quarantine and plans to break the rules and ignore the quarantine measures that, in my opinion, any sane person will follow for the sake of the well being of those around her – family or not.

According to CNN, Kaci Hickox is considered at risk because of her hands-on role in dealing with Ebola patients in West Africa, but she still doesn’t want to accept the 21-day quarantine that the Maine state officials want her to start and, according to her own words, doesn’t plan to stick to the guidelines.

She says that she is being bullied by politicians to get into quarantine and this is not the right thing to do. Since she got back home from Sierra Leone, one of the countries worst hit by Ebola, on October 24th, she tested negative twice for the virus and claims that she had no symptoms. And even though she is correct and so far it appears that Ebola can only be transmitted to other people just after one has the symptoms, doesn’t a medically trained individual know that viruses can mutate at any time and change their behavior? Doesn’t a medically trained person understand a common sense request and goes into quarantine just because it’s better to be safe than sorry?

Shockingly, according to her own declarations, if that person is Kaci Hickox, she will not!

Although there have been a ton of people who have worked in similar conditions with Ebola patients who didn’t get the disease and most likely the nurse won’t get it either, I am starting to lose all hopes in humanity after hearing that she – a person that should know better about disease than the common people – doesn’t want to go the safe route and plans to take legal action against the otherwise normal quarantine measures.

I know that you normally can’t compare real life with movies, but don’t you know that in all epidemic movies all hell breaks loose when there’s a person that doesn’t accept to get into quarantine or is not placed in quarantine soon enough?

Kaci Hickox does have some valid grounds and I am sure that it’s heartbreaking to be pointed out on the streets and have people stay away from you just because you might be sick, but it’s unfortunately how things should be. Would you be willing to risk your life standing near a stranger who might be sick with a disease that might kill you just because that person believes she’s not infected or can spread the disease? There are a lot of ifs here and, again, I must say that most likely Kaci Hickox is correct and she has not been infected and if she has she is not contagious, but is anybody 100% sure on this? NO. That’s why you have to go in quarantine.

The people going in Africa to help others should be indeed praised because it’s a huge risk that they are taking. But these people should also have the power to understand that it’s a similarly huge risk to bring back home the terrible disease and spread it to the people you love. All the people volunteering to help those infected with Ebola should understand from now on that whenever they come back home, they are in quarantine for 21 days, no matter if they have or don’t have the symptoms (21 days is considered the time between a patient getting Ebola and showing the symptoms). And then they can be praised by the community for their nice deeds.

What happens if you don’t? Well, you’re turning into the bad guy, and it doesn’t make sense. At least these are my two cents on this matter.

What do you think? Should Kaci Hickox enter the required quarantine or do it her way and roam around freely as she wants to? 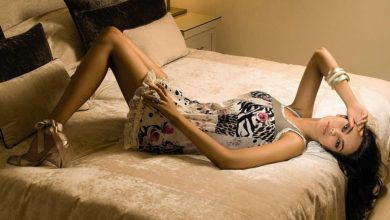 How Much Are the Celebrity Big Brother 2015 Guests Paid for Being on the Show? 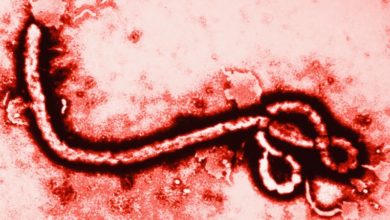 How to Prepare for an Ebola Outbreak