No character is safe in Game of Thrones, the popular series from HBO. For those like me, who didn’t read the books, each and every death comes as a big surprise. Like, honestly, I was 100% sure, in the first season, that Ned Stark is going to be the great main character in the movie. Imagine my surprise…

And probably you were also surprised to see some of the characters in Game of Thrones going to the other side, no matter if they were good or bad characters in the series. Below, I have created a list of the 10 most unexpected deaths in Game of Thrones, a list that is relevant up until the 4th episode of season 4. So check them out and be sure you’re up to date, otherwise there will be some major spoilers below! One of the nicest characters of the show, Maester Luwin dies in a dramatic way, trying to save Theon Greyjoy. Well, he actually goes down during those moments, because it is actually Osha who ends his misery. An unexpected and sad death in Game of Thrones. You can see it all on YouTube (embedding is disabled so I can’t put the video here)

Two beloved characters were gone during the taking of Winterfell. The first was Maester Luwin, and the second is the saddening death of Ser Rodrik. Unexpected, since it was Theon who kills him – and doesn’t do a great job either.

It was starting to be pretty clear that any king would be a better king than our dear Joffrey and Renly appeared to be the real option. Nobody – at least not me – was expecting Melisandre’s Shadow-creature to materialize out of nowhere and take his life in an instant. Although she wasn’t one big character in the movie, nobody expected her presence to disappear so abruptly and in such a violent manner (tied to the royal bed and shot with several arrows). It did nothing but prove that Joffrey was a sick little man and in the world of Game of Thrones nobody is safe. Not even the most beautiful girls.

One of the best appreciated characters by the audience had to die, again, unexpectedly: stabbed in the back, but he still had enough power to take his killer with him. Unfortunately, he didn’t have a sword so he left alone, and left an upset audience behind, waiting for the moment when he will be avenged. Unexpected and extremely touching: Khal Drogo is put out of his misery by his own wife, Daenerys. The only consolation that we have from this unexpected death (really, everybody was hoping that he’ll somehow make it) is that an amazing character is born – Daenerys. Hopefully she won’t find a similar end too soon. You can check out the video here (again, embedding disabled by request) It seems that it’s mostly the good guys that have unexpected endings in Game of Thrones and Eddard Stark was clearly the biggest surprise in my case in the first season. Probably because so many things happened since then, he’s not higher on the list, but he will surely hold a top 10 spot by the end of the series. The full video is here on YouTube. Unexpected, but also one of the most anticipated and appreciated deaths in the series so far (probably the only person that was more popular was #1 on our list). He asked for a crown and he got it. Ah, what an unexpected delight it was! You can watch it over and over again here.

When I saw this, I was shocked. Enraged. I couldn’t believe that it was happening, and yet it happened. Probably the most intense and shocking moment in the series so far, and one so difficult to stomach. But it happened and we’ll all remember the Red Wedding. And have even more reasons to hate the Lannisters. The entire video is here.

If there was one character in the show that I wanted dead, it was King Joffrey and I really wasn’t expecting to get my wish granted so soon. For some reason, I would’ve expected him to go through a lot more suffering, but in the end he’s no longer here to commit all those acts of insanity and cruelty. I was happy, just like everybody else, I guess, to see him gone! You can watch the whole thing on YouTube.

So… there you have it! The 10 most unexpected and generally shocking deaths in Game of Thrones. There are still so many characters left, and I am sure we’re in for more surprises. Who’s going to be next? (Hopefully not Tyrion, right?) 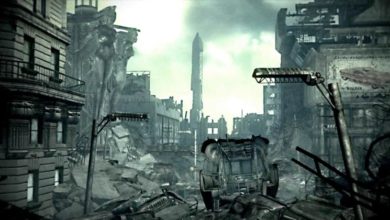 So Touching! Dad Lies to His Daughter and She Finds Out Why: Truly Inspirational!