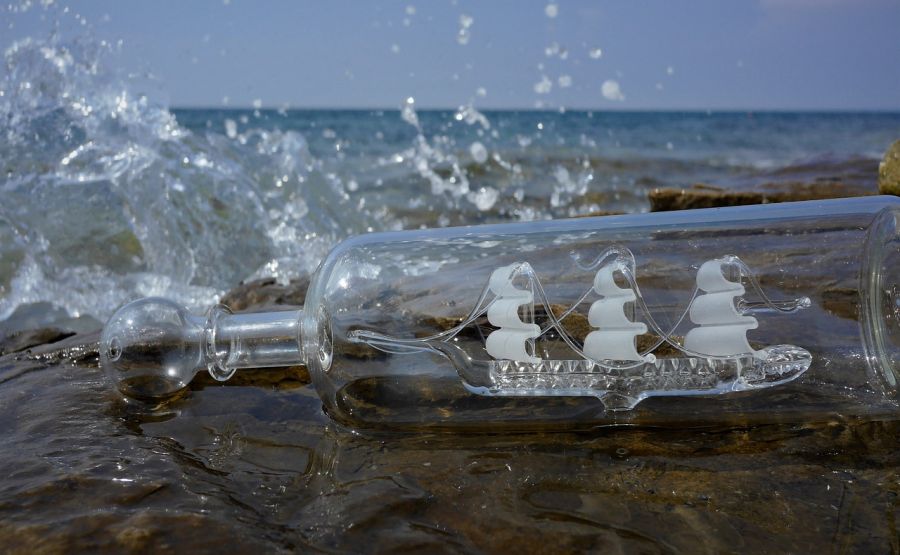 Should you appear on Jeopardy or another trivia oriented game show, ring in and answer, “What do you call someone who builds model ships inside glass bottles?” if you hear the word “carafologist“.

These are individuals who work in tiny spaces with both common and specialized tools to create perfect, miniature replicas of an ancient sailing vessel, a tribute to a battleship or perhaps your very own custom designed yacht. They are part artist, part engineer and part historian. And all parts awesome!

Things to know about carafologists

While there appears to be an enthusiastic group devoted to the relatively obscure hobby, there seems to be very little research on the history of ships in bottles (or SIBs).

Supposedly, tiny ships in glass bottles appeared in the 1700’s and were presented as gifts to high dignitaries such as kings and rulers of other countries.

However, there is evidence to suggest that prior to the turn of the 18th century, building SIBs was a sailor”s hobby designed to pass away long hours of boredom at sea. Individuals who lived some form of isolated existence might also have enjoyed making SIBs.

Such occupations might have included lighthouse keepers, farmers, members of religious orders, prisoners or asylums inmates. While the more common bottle contents were ships, builders also placed entire religious scenes and miniature tools, such as hammers, saws and spinning wheels into various sizes of bottles.

Originally, model ship parts were carved from various materials including wood, ivory and bones Ship models were often intended as presents for sweethearts or to pay bills in bars and brothels.

Interest in the SIB art form almost died during the mid 1930’s as sailing vessels used in commerce declined.

Sometimes SIBs are called “patient bottles.” This is understandable as it requires the proverbial patience of Job to build one of these beauties. Time and tools are needed to construct such a work of art.

But this is nevertheless pretty exciting and those who manage to get this done properly get all my respect (and probably yours as well). And while I would never have the patience and the skill to recreate ships in a bottle, if you want to become a carafologist, you can rest assured that you won’t be alone.