No, that’s not a typo! Even though housing prices are going through the roof right now, you can still build your own house – a charming hobbit-styled one, too – for pocket change. Or at least for a very small amount – $250 in our case, the whole price of an entire house you could call home. Now that’s simply amazing!

The house in the images below, for example, was build by Michael Buck for just $250 and you could have one just like his if you follow his example and are a bit patient. But it’s all worth the wait – and many even more – because it could look as amazing as Micheal’s house:

That’s because the cob cottage in Deddington, England was built almost exclusively from materials from Michael’s farm: the clay for the cob came from the site and the long straw for the thatch came from nearby fields. Poplars were planted by Michael eight years before they were felled and used for the joists. The floorboards and windows were donated by customers of his vegetable box scheme. And the results are impressive.

Michael Buck says that he built the house to prove a point and show everybody that building a house for a low price is still possible:

The charming hobbit house has just one room, with a kitchen and dining area at one end and a sitting place and wood-burning stove at the other – with the stove also keeping the place warm and cozy. The sleeping area is smartly placed right above the stove on a mezzanine level, ensuring that you would not get too cold during the night.

Here are a few more photos of this amazing house built by art teacher Michael Buck:

You can find out more about Michael on his blog – and don’t forget to share this article so that everybody learns how cheap a nice house can actually be! 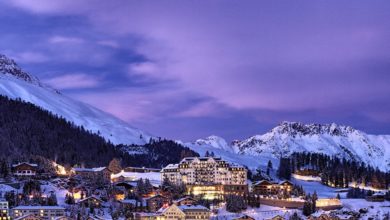 These Are the Best Resorts for Skiing in the Alps

The Most Unusual Casinos on Earth 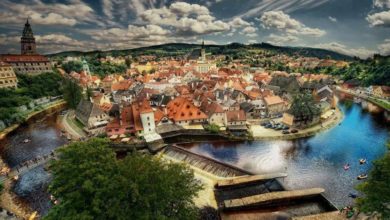