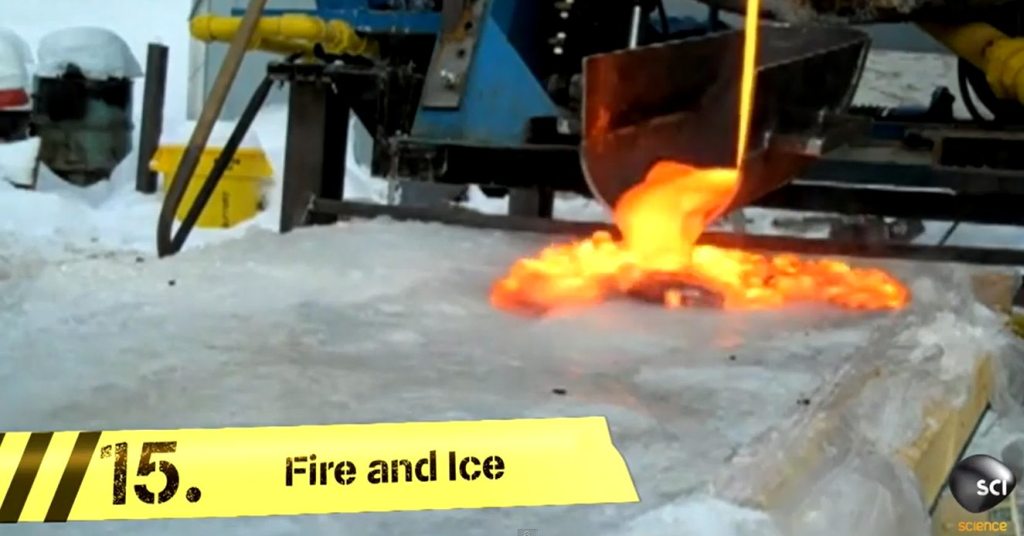 I must admit, what happens when lava meets ice wasn’t one of the questions that have bothered me on a daily basis, but now that I have stumbled upon this incredible video showing exactly that, I can’t say I’m not extremely surprised. Blown away, actually, and there’s no pun intended.

Because, really now – what could really happen when molten lava at its insanely high temperatures meets ice and its insanely low temperatures? There’s certainly a shock and, according to the scientists conducting their experiment, their first thought was that it was going to explode.

But it’s not that easy, so check out the video below to see exactly what happens when lava meets ice:

Apparently, none of the guys from Outrageous Acts of Science knew what was going to happen and they were surprised by the result:

“I was stunned by what it did when it hit the ice,” said one of the Outrageous Acts of Science guys after seeing the bubbles and the bubbles within the bubbles, calling them “The scrambled eggs from hell”.

However, there’s an explanation to this and it is, of course, scientific: when the lava meets the ice, not only that it instantly melts it, but it also turns it into steam at the same moment. The steam has to escape somehow, so it bubbles through the lava. So event though it looks like it’s the lava that’s boiling, it’s actually the steam from the ice that causes that effect.

I think it’s pretty amazing actually and you certainly learned a new thing today. If you find it interesting and you want your friends to know it too, just share this article and they will!