Minecraft is a popular game that has been around for 10 years. It’s an open-ended sandbox game that allows players to build and explore their own worlds. And you probably heard about it a million times already.

That should be no surprise, because as of today, there are 34 million Minecraft gamers playing it on PC – but what makes the game so popular? Why do people play it over other games?

In this article we will discuss some of the reasons behind its popularity and whether or not it will last in a gaming world dominated by Fortnite and newer experiences, such as the Metaverse and other new titles challenging it for its throne of the supreme game.

What makes Minecraft so popular?

Let’s take a look at some of the main reasons why the game is so popular despite it being ancient:

– Minecraft is an open-world game that allows you to do anything – in any way and at any time. You can build your own worlds and invent new games, or you can explore the huge terrain of randomly generated maps.

It’s like a blank canvas for gamers who want endless possibilities where their only limit is their imagination.

– The graphics aren’t as polished as in other video games but that’s not what Minecraft is about.

It’s about creativity and freedom to make anything and everything: from buildings to weapons to vehicles, and exploring those creations with friends online. Gameplay comes first here and this is how things should be in all video games.

– The game is constantly updating, adding new content and building on previous updates to keep things fresh and fun.

With new mobs, blocks, objects and challenges added in every update, there is always something new for players to do or build when they log into the game.

The constant updates also makes multiplayer games interesting as you can play with friends who have just discovered a secret area that was recently added in the game.

– Minecraft is an accessible game that does not require expensive hardware to run it or a gaming console. Sure, it is accessible on all consoles at the moment (and even on mobile phones), but you don’t need to invest in solid hardware in order to play Minecraft.

– The fact that so many big-name YouTubers play the game helps with its growing popularity. It’s like a win-win situation here: video creators started making videos about the game because it was popular, in turn helping it become more and more popular.

– Minecraft is also educational. It can be used to teach children about programming, building and even environmental issues such as deforestation or pollution of the land.

– Minecraft does not have a specific goal which makes it perfect for all ages – from little kids who are playing with their friends in creative mode where they do not die at all (so no bullying), to more experienced gamers who are looking for a game that will last them for years on end.

– Minecraft is available on pretty much all gaming platforms, so it’s easy to access and play with friends no matter where they are in the world.

Is Minecraft losing its popularity?

With newer games like the Metaverse coming out, it’s possible that gamers will start to see new experiences as more attractive than playing on an outdated version of Minecraft.

Despite the updates, content and gameplay is pretty much the same, so something new will prove attractive to gamers.

However, I would not rush to dismiss the game just yet based solely on the fact that it’s old. I am still playing Heroes of Might and Magic 3, for example – and that game was launched back in 1999 (and hasn’t received any official updates in DECADES!)

But it’s difficult to estimate if Minecraft will lose its popularity and be replaced by other titles. Over the years, we’ve seen many “Minecraft killers” but Mojang’s game still survived.

Sure, the game is getting old and updates are becoming less frequent – some fans have started feeling neglected because of that – but Minecraft is still one of the most popular games out there.

We’ll just have to wait and see what the future brings for this gaming phenomenon.

What other alternatives to Minecraft are out there?

If you’re starting to get bored with Minecraft or just want to try something new, there are a few newer (or not) games that you might want to try. While they are not necessarily similar to Minecraft, those who enjoy playing Mojang’s game usually have a nice time with these too:

Although not a recent game, Terraria is a good Minecraft alternative. Here you can explore a pixelated world, build new structures and fight off enemies.

The game is available on consoles, PC and mobile devices.

Starbound is another good option if you’re looking for something similar to Minecraft but with a different setting. In this game, players are sent into space to find and collect new objects.

Starbound is available on PC, Mac and Linux.

Cube World is a block-based game that offers a bit more of an open world experience than Minecraft. Here, players can roam around and explore the world without having to be concerned about breaking blocks.

Cube World is available on PC.

There are many more games out there for those who are looking for something different to play – from the popular Fortnite to the relaxing Stardew Valley and newer games like Valheim, or the family-friendly Farm Together.

Minecraft is undoubtedly one of the most popular games of the moment thanks to its constantly evolving world, massive fan base of players and huge exposure via YouTube and other video sharing platforms.

Having such a great premise and being family-friendly, educational and relatively easy to play (but difficult to master), it has all the ingredients needed for success.

So Minecraft remains an insanely popular game and it’s difficult to say if its popularity will drastically drop in the years to come.

What do you think though? Is Minecraft here to stay or will other new games replace it in the near future? 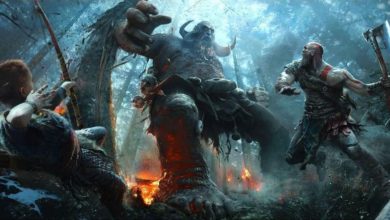 Are Remastered Games Worth Playing Again? 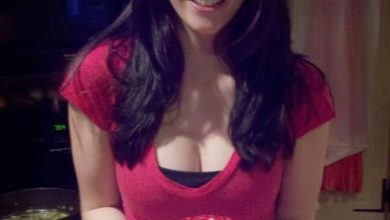