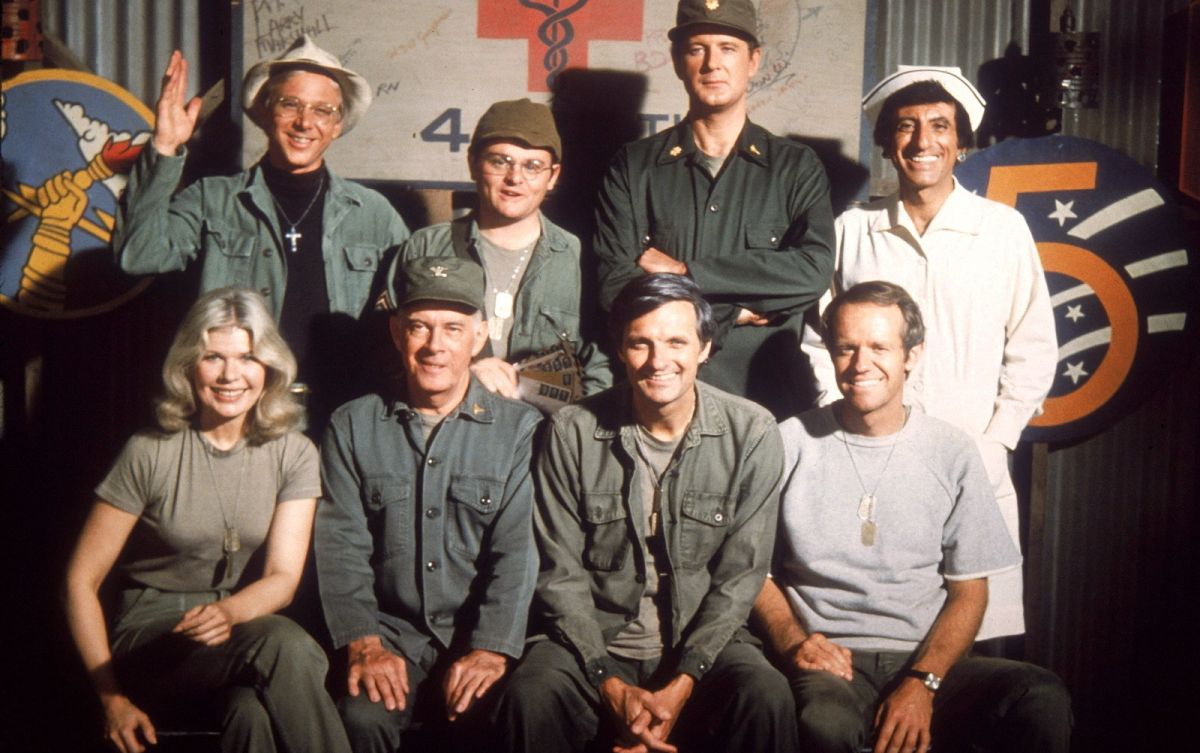 This is a post mostly for the younger readers of Everything Mixed, but also for those who might like to re-discover something that I consider to be one of the best television drama series in the world: M*A*S*H.

I am writing about the wonderful series because I have stumbled about a page talking about MASH and kept reading and remembering the great times I’ve spent, as a kid, with Hawkeye and the company and I decided to go completely crazy and order the full box set from Amazon.

Well… it wasn’t crazy after all, because it seems I still love the show, after so many years.

I have already watched the first three seasons and laughed my brains out, surprised to consider that even now, almost four decades after the airing of the first episode, M*A*S*H still remains fresh, hilarious and incredibly well done.

Basically, the first three seasons, all with the original cast and team, are maybe the best ever done in television and will certainly remain so for the ages to come.

I remember that, starting the fourth season, M*A*S*H begins to go downhill a bit when it comes to comedy and will focus more and more on the dramatic aspects of the Korean War, but still I am sure that it’s completely worth my money and my time and I really encourage you to watch the entire show once more. Or just start watching it if you haven’t done so already.

And remember that M*A*S*H is still the most beloved show ever, with the last episode of the series holding the audience records for such a show (and the last episode aired 25 years ago, in 1983, when television was still not as widespread as it is today!).

So if you feel like watching again the great adventures of the MASH 4077 crew, you can purchase the box set from Amazon (affiliate link), or you can start searching for it through your own ways and simply enjoy it because, one way or another, M*A*S*H is a must see nowadays when our society seems to have a different approach to everything…

But in a world where we are forced to stay locked inside, in a world where things we took for granted can no longer happen, a world where everything goes nuts, watching MASH episodes and seeing how people in a very similar (although, paradoxically, completely different) situation manage to stay sane is extremely helpful.

MASH 4077 is more than a television show. The fact that it is so incredibly accurate after all these years proves that it was incredibly well written. That some aspects won’t change over the years. That sometimes, humans can be humans only if they go a bit cuckoo crazy.

And that is OK. In certain situations, you just need that in order to remain sane. Everything that works, as long as it doesn’t harm others. That’s what I say and that’s one of the many lessons that this brilliant TV show teaches us.

So… is MASH worth watching after all these years?

Definitely, yes! There are few TV Shows and movies that have aged as well as this one did. No matter if you watched it when it aired, years after or never, you will absolutely love it.

So do yourself a favor – just like I did – and rewatch this show. It might even be streamed on an online service if you don’t want to be as old school as I was and buy the DVD set. But do watch it, by all means.