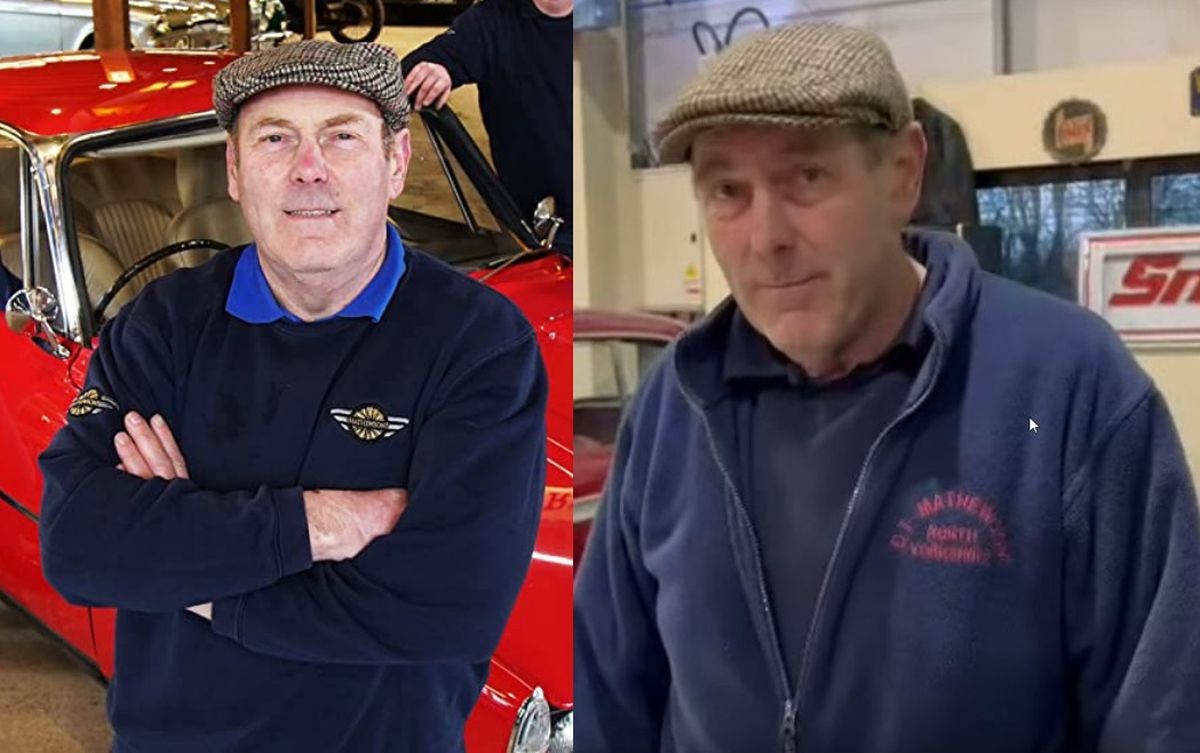 Every fan of cars knows who Derek Mathewson is, but I’m here to tell you more about him. Here’s his bio, facts, quotes, and everything else you should know about him.

Derek Mathewson is a car enthusiast, the proprietor of the family-owned business “Mathewson’s Classic Cars” and a reality television star on the UK-produced program “Bangers and Cash”.

If you want to know some quick facts about Derek Mathewson, here is his profile.

Now that we know the basic stuff about Derek Mathewson, it’s time to get a bit more in-depth and check out some fun and interesting facts about him.

The program follows him and his staff as they shop for and sell cars for profit, including his two sons, Dave and Paul.

Being able to recognize a gem in the rough and transform it into a high-performance vehicle, especially after striking a good deal, is a testament to Derek’s knowledge of old cars.

This is one of the most viewed videos on their YouTube channel, you can take a look at the gem they had to work on.

He has an excellent eye for detail and can see possibilities in cars that other people might pass by.
He is also renowned for his gregarious nature and sense of humor, which contributes to the popularity of both the show and himself.

They all live in Scarborough, North Yorkshire, United Kingdom. Dave took his passion for cars from his father and has a Bachelor of Science in Automotive Engineering Technology/Technician.

Another British man with a flair for the camera that you might want to check out is Rossi D Woods.

England has always been providing us with good quality individuals, check out my article on Letitia Wright to see another talented actress that England helped raised. Maybe it’s in the water… I should move there.

There are things we can learn from Derek Mathewson and there are some wise words that he said and are worth remembering. Advice about upkeeping your car for instance.

If you find anything you think it’s worth sharing with us, please write it in the comments section below.

Do you still have some questions about Derek Mathewson? I have the answers below.

Is Derek Mathewson single or dating?

Derek Mathewson is actually married to Sue Mathewson. Their two kids, Dave and Paul, appear in the “Bangers and Cash” show alongside him. They all are car enthusiasts.

What is Derek Mathewson’s net worth?

Derek Mathewson can only be guessed, numbers like these are hard to trust. His net worth is rumored to go around $2 million, just take into account that this is only an assumed number.

Derek Mathewson doesn’t need any acting school, he’s a natural. He’s funny and a pro at what he does, so his show “Bangers and Cash” runs smoothly just following him around.

His business is thriving because of his professionalism and his keen eye for cars that will turn in pieces of art once he’s done with them. Some will put them in the scrapyard, but he sees beyond age and rust.