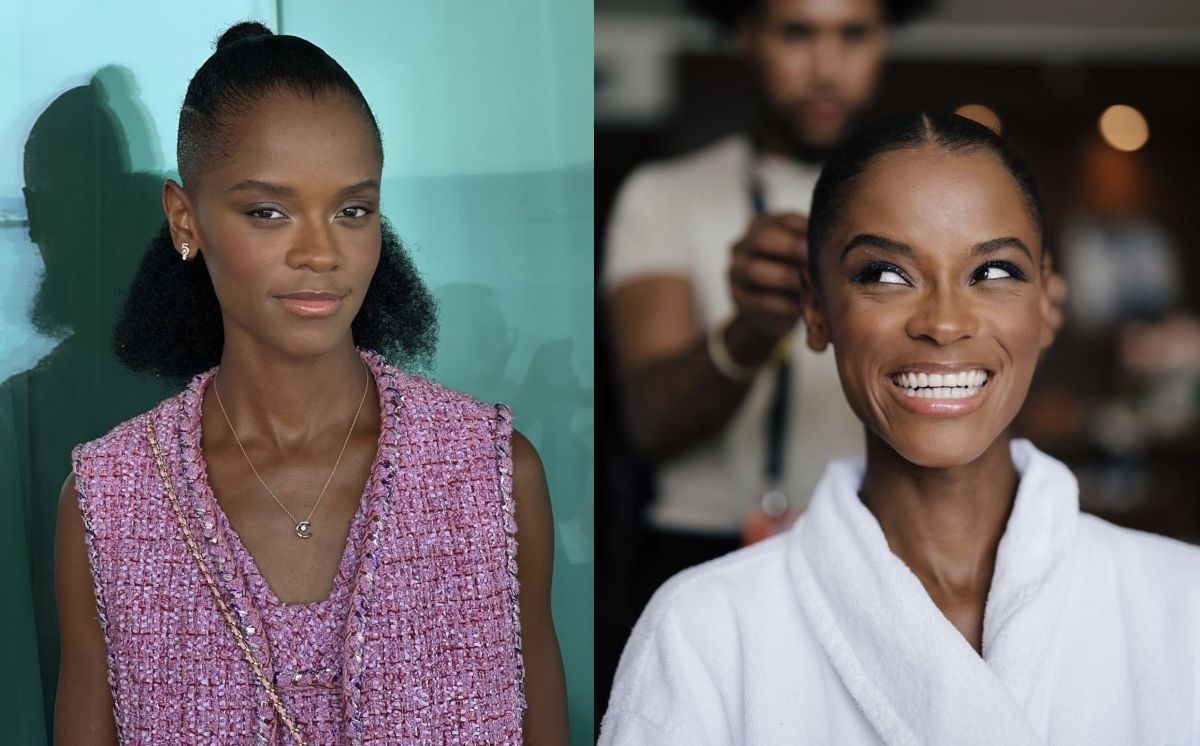 Now that the “Black Panther – Wakanda Forever” premiere is out, everyone wants to know about Letitia Wright, the actress that played Shuri.

This article was updated in 2023, make sure to read everything to learn all the new facts about her.

She made herself stand out in the movie and I’m here to tell you more about her. Bio, facts, quotes, and everything you should know about Letitia Wright, you’ll find in this article.

Letitia Wright is an actress that got a lot of spotlight as of late due to the movie premiere of “Black Panther – Wakanda Forever”. It was a challenge for her that she admitted she embraced fully and felt inspired by the impact it had on viewers all around the world.

She was given a lot of recognition for her role, alongside the rest of the cast, doing a good job with it, making her more famous than before, and gaining more fans in the process.

Even though she got injured while filming it, fracturing her shoulder and getting a concussion, in a motorcycle accident, she recovered and “finished strong”.

If you want to know some quick facts about Letitia Wright here is her profile.

Now that we know the basic stuff about Letitia Wright, it’s time to get a bit more in-depth and check out some fun and interesting facts about her.

Ever since she was a little girl she wanted to become an actress. The movie that convinced her was “Akeelah and the Bee” because she didn’t see many actresses that looked like her on the screen, before it.

“That film made me realize that I wasn’t an alien.” – Letitia Wright

She was born in Guyana, but her family moved to London, England, when she was seven. She has a brother, Ivan Bombokka, that moved to Europe, in her early years.

She went to Northumberland Park Community School, in the United Kingdom, but enrolled in a drama school, Identity School of Acting, at the age of 16. And that’s when her dreams started to fall into place.

Her first two roles came at the age of 18, in 2011, appearing in the television series “Holby city” and “Top boy”. The year after, she got a small role in the movie “My Brother the Devil”, putting a brighter spotlight on her acting skills.

In 2015 she got a leading role in the movie “Urban Hymn” and this made Hollywood notice her as a talented actress, which brought her many more roles since then. A full filmography can be found on Letitia Wright’s IMDB Profile.

She’s not only a movie actress, but she also had some roles in a few plays, one was “The Convert” which was played in London, at Young Vic Theatre.

One of the more memorable awards she won, besides a consistent number of nominations for different awards, was BAFTA Rising Star Award, in 2019.

There are some things we can learn from Letitia Wright and here are some wise words that she said and are worth remembering.

“To truly love, to truly forgive, and to hold no record of the past is very hard.” – Letitia Wright

Forgive and forget sounds easier than it really is. Some wounds are harder to heal than others. Hopefully, time can heal them and help us erase their past memories of them.

“Just create your art, tell your stories. Do your thing. The opinions of others can stop so much creativity.” – Letitia Wright

She’s right, you should not do what you love thinking of what others will think, but do it for your own pleasure and happiness.

True believers are the ones that keep believing when things are hard.

Do you still have some questions about Letitia Wright? I have the answers below.

Is Letitia Wright single or dating?

Letitia Wright is single. She used to date John Boyega, and she stated that now she prefers focusing on her career rather than finding love, but will not use dating apps if she’s going to start looking.

“I think it’s a pure and beautiful thing to be like, ‘I’m gonna wait for love. I’m gonna wait and save myself for the right person.'” – Letitia Wright

In other words, she thinks love is up to fate, and she’s in no hurry to find it.

What ethnicity is Letitia Wright?

Letitia Wright is Guyanese-British. She was born in Georgetown in Guyana and moved to London, United Kingdom when she was 7 years old, in 2000.

What is Letitia Wright’s net worth?

Letitia Wright’s net worth is estimated at $4.5 million. Most of her net worth comes from Black Panther appearances.

Is difficult to estimate Letitia Wright’s net worth seeing there’s not enough data on her personal earnings. So always take such numbers with a pinch of salt.

Now you know everything about Letitia Wright. Is there anything else you want to know or maybe you know something we don’t? Let us know in the comment section below.