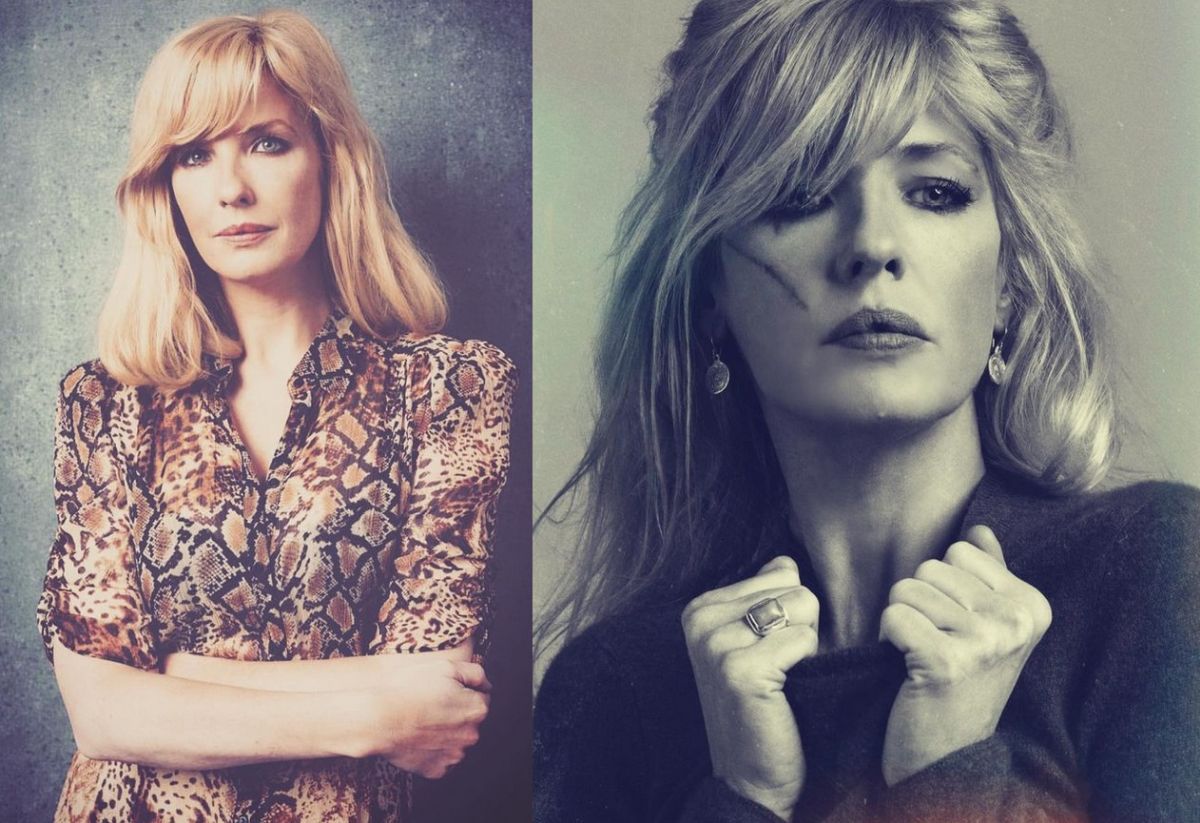 Kelly Reilly isn’t exactly a rising star. She’s already a well-known celebrity, and in this article, I’ll give you her bio, facts, quotes, and everything else you need to know about her.

She is a British actress who has appeared in films and on television. Best known for her roles in the television series “Yellowstone” and as Dr. Watson’s wife in the Sherlock Holmes film series.

If you want to know some quick facts about Kelly Reilly, here is her profile.

Now that we know the basic stuff about Kelly Reilly, it’s time to get a bit more in-depth and check out some fun and interesting facts about her.

She has appeared in numerous productions, demonstrating her versatility as an actress. Beginning her acting career in the United Kingdom, where she appeared in theater productions and television shows before moving on to films.

Kelly has a gift for bringing characters to life on screen, and her performances have received critical acclaim. Her diverse range of acting abilities has captivated audiences and established her as a talented actress in the industry.

But besides her roles, which you can read all about on her IMDb page, there’s more to her personality than most of her fans know.

Her father worked as a police officer, and her mother worked as a hospital receptionist. Reilly’s grandparents are said to be Irish. And her elder brother, Neil Reilly, is a professional golfer.

When she was dating her current husband, Kyle Baugher, she spent a lot of time in America.

“England is always home, but I have made my life here. I suffered terrible homesickness at first. For English people, pubs, humor, all my family and friends, but I love New York, it’s my favorite city.” – Kelly Reilly

There are some things we can learn from Kelly Reilly and here are some wise words that she said and are worth remembering.

“I think a lot of the way we look comes from inside. If you worry and you’re angry it shows.” – Kelly Reilly

“It’s very important to me to stay grounded. I think when you’re an actor and you’re drawing on your emotions all the time you need to be quite steady. You need to be able to separate yourself.” – Kelly Reilly

Her insight into how she perceives certain things and how she deals with her problems offers her fans a good role model they can follow.

Do you still have some questions about Kelly Reilly? I have the answers below.

Does Kelly Reilly have any plastic surgery done on her?

“I love actresses who embrace aging, like Robin Wright Penn; she hasn’t had anything done. You can see the laughter lines and she is so beautiful and when I see her playing a character I believe in her, unlike an actress who can’t move her face.” – Kelly Reilly

Is Kelly Reilly single or dating?

Kelly Reilly is married. Kyle Baugher is a businessman and she has been married to him since 2012, the same year they met.

“I’m not saying any more about him except that he’s not an actor, not in the business.” – Kelly Reilly

Kelly Reilly is best known for her role as Beth Dutton on the hit show Yellowstone. While her character finally married in Season 4, the actress married right away in real life.

What is Kelly Reilly’s net worth?

Kelly Reilly is a talented actress that showed us on numerous occasions that she’s a professional. She does not like the drama that comes with being famous, but unfortunately, that is unavoidable in this line of business.

It seems that England is raising lots of pure talent, as we’ve seen in Letitia Wright‘s movie career. Might be something they are putting in the water.

Nevertheless, Kelly Reilly’s movies are always going to be of high quality, with her amazing acting skills and awesome personality, it’s hard to go any other way.

Check out my other articles about England’s celebrities, Rossi D Woods and Derek Mathewson.