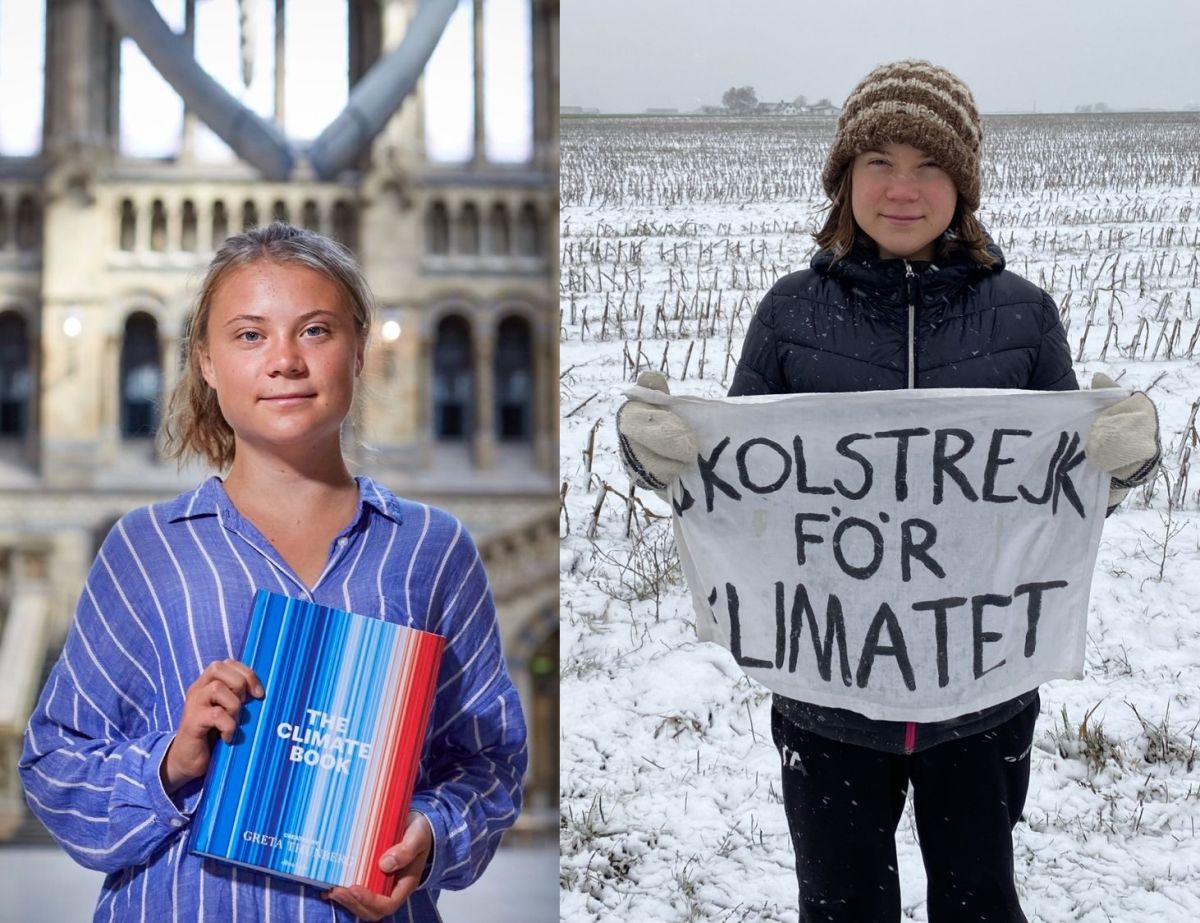 Greta Thunberg is an environmental activist that fights for saving the planet from pollution and climate change that is destroying our planet. She is known for her hearty speeches addressing world leaders to act towards changes that can save our planet.

Greta Thunberg’s fame skyrocketed after she replied to Andrew Tate on Twitter with a very smart, well-placed, fitting snark comment. He was boasting to her about his 33 cars’ emissions, right before he got arrested in Romania, in December 2022.

If you want to know some quick facts about Greta Thunberg, here is her profile.

Now that we know the basic stuff about Greta Thunberg, it’s time to get a bit more in-depth and check out some fun and interesting facts about her.

She was only 15 years old when she protested in front of her parliament for climate change. She started with her family, convincing them to reduce their own carbon footprint and adopt some healthy life changes beneficial to our planet.

She was very outspoken about who was to blame for the pollution and pointed her finger at leaders to persuade them to take action against the climate crisis.

To attend the 2019 UN Climate Action Summit, instead of flying to North America, so to reduce her own carbon footprint, she sailed on a yacht. And that’s the speech that made her famous, check it out for yourself.

Since then she actively tried to single-handedly convince the leaders of the world to take actions that will fix at least part of the problems that pollute our planet.

The Twitter posts between her and Andrew Tate were started by Top G himself. Her sarcastic comment blew up the internet and was applauded by her fans or even Andrew Tate’s haters, as it was a mic-drop moment.

Rumor has it the arrest of Andrew and his brother Tristan Tate was facilitated by some pizza boxes that showed up in one of Top G’s videos, leading the police to his location. This is most likely untrue, but Greta’s response to this event managed to give Andrew another “burn”.

But this gossip Greta doesn’t need, as her contribution as a climate change activist is much more important than anything Top G ever did.

She was diagnosed with Asperger’s syndrome, OCD, and selective mutism. But this never stopped her from protesting loud and clear about the changes we need to make.

She was inspired by the “March for our lives”, a movement initiated in America by teenagers, after school shootings took out innocent lives. That is when she decided to go on a school strike every Friday.

And she’s been on a Friday school strike for the past years, trying to open our eyes and especially trying to get herself heard and understood by the leaders of our world, with TED talks, interviews, and speeches held at important climate events.

There are some things we can learn from Greta Thunberg and here are some wise words that she said and are worth remembering.

“I only speak when I think it’s necessary. Now is one of those moments.” – Greta Thunberg

“We are still here, and we are not planning on going anywhere. Young people all over the world are stepping up, showing that our leaders messed with the wrong generation.” – Greta Thunberg

“We live in a strange world where children must sacrifice their own education in order to protest against the destruction of their future. Where the people who have contributed the least to this crisis are the ones who are going to be affected the most.” – Greta Thunberg

“I am here to say, our house is on fire.” – Greta Thunberg

Maybe one of the loudest messages of all. Our house (Planet) is on fire (danger), and it’s a shame it is yelled at us by children like Greta was when she first decided to confront our leaders.

All her words are aimed at people that can start acting against our climate crisis, and all we can hope is that they will listen, eventually, before it’s too late and before our children’s future is beyond repair.

Do you still have some questions about Greta Thunberg? I have the answers below.

Is Greta Thunberg single or dating?

Greta Thunberg is single. Probably no surprise to anyone that she’s not dating anyone, after all her schedule is pretty full with saving the world.

She is more focused on school when she’s not on a strike and her climate justice activism in her free time. Maybe she’ll meet someone that has the same views as her.

What is Greta Thunberg’s net worth?

Greta Thunberg’s net worth is rumored to be around $100 thousand, not a number that can be calculated by an exact science. It is prone to change and is most likely just an assumption of the real number.

No matter how young she was when she first started to voice her concerns about the environment and point her finger at the people in charge that can act upon this crisis, Greta Thunberg is a force to be reckoned with.

Her voice is loud because we need to take action now, and I don’t see her stopping any time soon, not until everyone acknowledges that life changes need to be made, in order to fix our problems.

Maybe instead of the attention she got from Andrew Tate, people like TheWizardLiz, that are motivational speakers, can put a better light on Greta, and show their support.