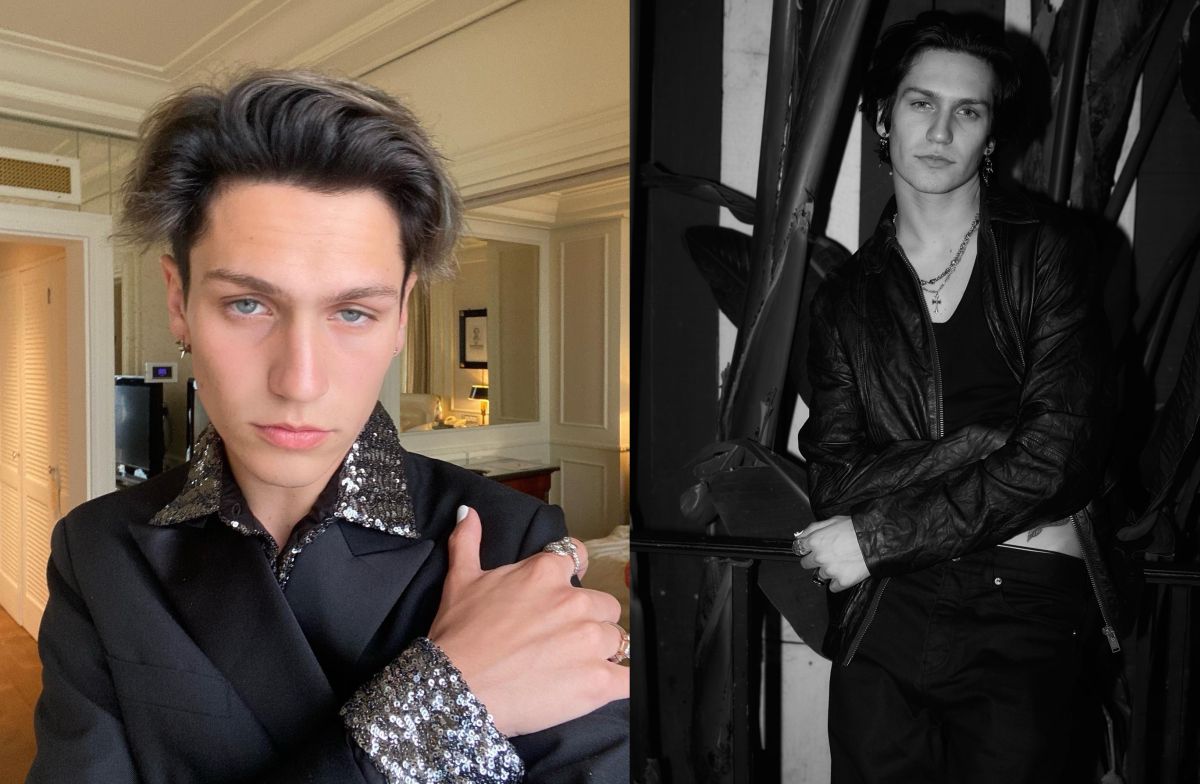 I’m expecting Huddy’s fame to be rising more, so I’m making sure everyone gets to know him sooner. Here is his bio, facts, quotes, and everything you should know, so you can call yourself a true fan.

Huddy’s fame was raised with the single “America’s Sweetheart”. It has over 15 million viewers on YouTube, but I feel he’s more famous on TikTok, having over 32 million followers there.

If you want to know some quick facts about Huddy here is his profile.

Now that we know the basic stuff about Huddy, it’s time to get a bit more in-depth and check out some fun and interesting facts about him.

He was known as Lil Huddy or LilHuddy, the change is probably due to the fact that he’s not so little anymore.

He co-founded the TikTok collective named The Hype House in 2019, a collaborative content creation house, and the mansion where the members live. Dixie D’Amelio is part of this TikTok collective.

You can read more about The Hype House here.

He is one of the top 10 TikTok music influencers, according to Billboard with his punk-pop genre. He is a vocalist but also knows how to play the guitar. Hopefully, soon he can pass Khaby Lame in followers.

His parents were both teachers, who raised him in Stockton, California. Their names are Cole and Tamora Hudson.

He has two sisters, Marlena and Karissa Hudson. He found his love for punk-pop music and fashion from one of his sisters.

He did online schooling as a teenager due to being bullied at Bear Creek High School, during his freshman and sophomore years. Having such a supportive family got him through dark days and I’m happy for him that those bullies didn’t break him.

Online schooling helped him graduate even sooner, as he was able to get three extra classes every semester. Seems to me he’s smart, talented, and handsome, I didn’t know that such myths exists.

In April 2022 he released his third single “American’s Sweetheart” and he got him over 15 million views up until now. Check it out below:

Another one of his most-viewed singles is “21st Century Vampire”, getting over 11 million views since last year.

The music that he listens to and surely was an inspiration to him, is My Chemical Romance, Blink-182, and Fall Out Boy. He also likes Justin Bieber and the boys’ group BTS.

His TikTok account is getting more views, answering trends, lip-sinking, and dancing in his videos. You can see below one of his videos with a lot of views.

There are some things we can learn from Chase Hudson and here are some wise words that he said and are worth remembering.

“In love with the feeling of feeling” – Huddy

As we all should. Emotions are building us up, helping us grow, embrace them and show them to the world.

“I wanna be famous enough that I can send gifs of myself as reactions to text messages.” – Huddy

Ok, this you don’t have to write it down, but to be fair, as silly as it sounds, is a cute goal and it probably won’t take long till it actually happens.

Do you still have some questions about Huddy? I have the answers below.

Is Huddy single or dating?

Huddy is single, or so the internet says. After breaking up with Dixie D’Amelio’s sister, Charli D’Amelio, in a very drama-filled relationship, he hasn’t been seen with other girls since.

He was rumored he cheated on Charli, by kissing Nessa. But it seems he doesn’t know what he is feeling, so until he figures it out, maybe he’ll stay single for a while.

“Not really knowing my feelings has always kind of been my thing. Not really understanding them. Me starting to write about all these relationships has helped me tap into this part of my brain I forgot I even had. It’s almost like I didn’t even know I had. I’m getting so much deeper and intricate than I was in the actual relationship itself.” – Huddy

But his take on relationships and his feelings are a bit on the strong side:

Before Charli, Chase Hudson also dated another TikTok celebrity, Cynthia Parker, for three months. It seems he has a type, or it just so happens that TikTokers date each other.

What is Huddy’s net worth?

Huddy’s net worth is rumored to be around $5 million. Most of it gained through social media platforms, sponsorships, merchandise, and different gigs.

Who is Huddy represented by?

Another TikTok celebrity and v-girl you might want to check out is Hanah OwO.

Huddy is on the rise and he’s getting more social media attention every day. His music style is going to get more popular as well.

Nowadays social media platforms are the ones that bring up certain artists, especially if they are as talented as Hudy, and they give them the recognition they deserve for their music.

If you think you have anything to add up to my article, feel free to leave me a message in the comment section below, I and other Huddy fans will be grateful for that.