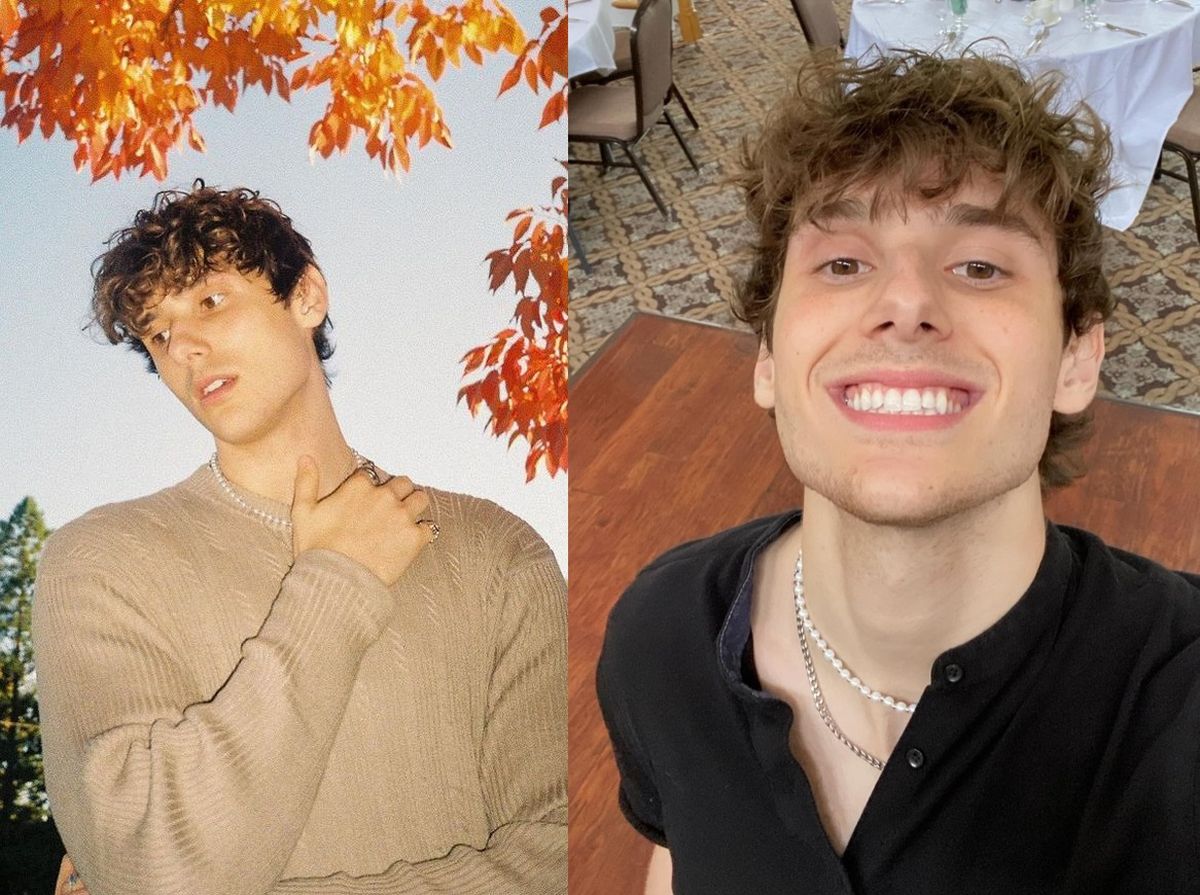 JVKE started as a TikToker and rose to fame with his hit single “Upside Down”. Now I’m here to provide you with bio, facts, quotes, and everything you should know about him because I know he’ll only provide quality music from now on.

JVKE’s debut album “This is What ____ Feels Like” was released in 2022 and managed to peak at number 56 on Billboard 200. The album features the single “Golden Hour” which was able to captivate the audiences with its emotional, relatable, and catchy lyrics on TikTok.

The album is a mix of emotional and upbeat songs, it received positive reviews from critics and was able to establish JVKE as a new promising artist in the music industry.

If you want to know some quick facts about JVKE, here is his profile.

Now that we know the basic stuff about JVKE, it’s time to get a bit more in-depth and check out some fun and interesting facts about him.

He was born in a loving household and given access to music early in life, the same as his older brother Zac, as his mother is a public school music teacher.

His father is a church pastor, so I guess he had plenty of opportunities to develop his chorus boy voice that we love.

He had a normal upbringing and a relatively quiet childhood. He even tried going to college for a little over a year but decided he can pursue his music career better at home.

Then Covid hit and he took his friends’ advice and started creating TikTok content for his songs. Which brought him the fame he’s seeing today, hitting over 10 million followers on TikTok alone.

He has over 5 million subscribers on YouTube, and over 1 million on Instagram. So it’s safe to assume that his talent isn’t going unnoticed.

You can see for yourself in the official music video “Golden Hour” on his personal YouTube channel. He gathered over 36 million viewers, so it’s definitely a hit already.

He admits his first album “This is What ____ Feels Like” is a story of his first love story and the emotions he went through from the beginning of their relationship to when they broke up.

He likes adding real-life sounds to his music so that when you listen to it you can relate easier to the energy he’s trying to convey through his songs.

“I’m trying to keep giving people what they want and releasing music that I enjoy listening to as well.” – JVKE

Is JVKE the Actor That Played Taylor in the Netflix Show Wednesday?

JVKE is NOT Tyler from Wednesday. I must admit, the resemblance is uncanny. I’m sure if JVKE will ever want to play as a double for Hunter Doohan (Tyler) he would have no problem with it.

They aren’t even related. The resemblance can’t be explained, but I’m sure it will help JVKE in the long run, gaining some of Hunter’s fan base and vice-versa.

I wonder if Jenna Ortega would know the difference between the two if JVKE was sitting, as he’s almost 1ft taller than Hunter.

There are some things we can learn from JVKE and here are some wise words that he said and are worth remembering.

Got to say, his method of finding his inspiration is inspiring itself. More artists should try to ground themselves in emotions that everyone feels, maybe we’ll get more real music that way.

“The way that people consume music is a lot different nowadays … so we need to change how we release music.” – JVKE

Maybe Huddy will also appreciate his approach to how JVKE gets inspired and listens to his TikTok fans.

Do you still have some questions about JVKE? I have the answers below.

Is JVKE single or dating?

JVKE appears to be single, or at least so private about his love life that he hasn’t said a word about anyone having his heart for now.

We do know his songs were inspired by a real relationship that he went through. From happy feelings and butterflies in the beginning to sad and sorrow when they broke up. Who knows, maybe he’ll get back with his ex one day.

What is JVKE’s net worth?

JVKE’s net worth is not affected by any contracts, as he’s not signed with anyone yet. He’s not planning on either. The numbers are still only assumptions and are rumored to be around $500,000.

He really wants to keep writing songs for his fans, and he thinks the best way, for now, is to listen to them on TikTok and release only what catches their hearts. I can say, that’s a winner strategy right there. Wished more artists would listen to their fans.

JVKE is a rising artist that you should keep your eyes on. He’s one of the few that really listens to his fans when he writes music and releases his songs.

I’m looking forward to his next songs, and with his amazing talent, I know for sure it will be hard to disappoint.

Check out this article about Courtney Hadwin, maybe she could gain more fame if she would put more of her songs on TikTok.