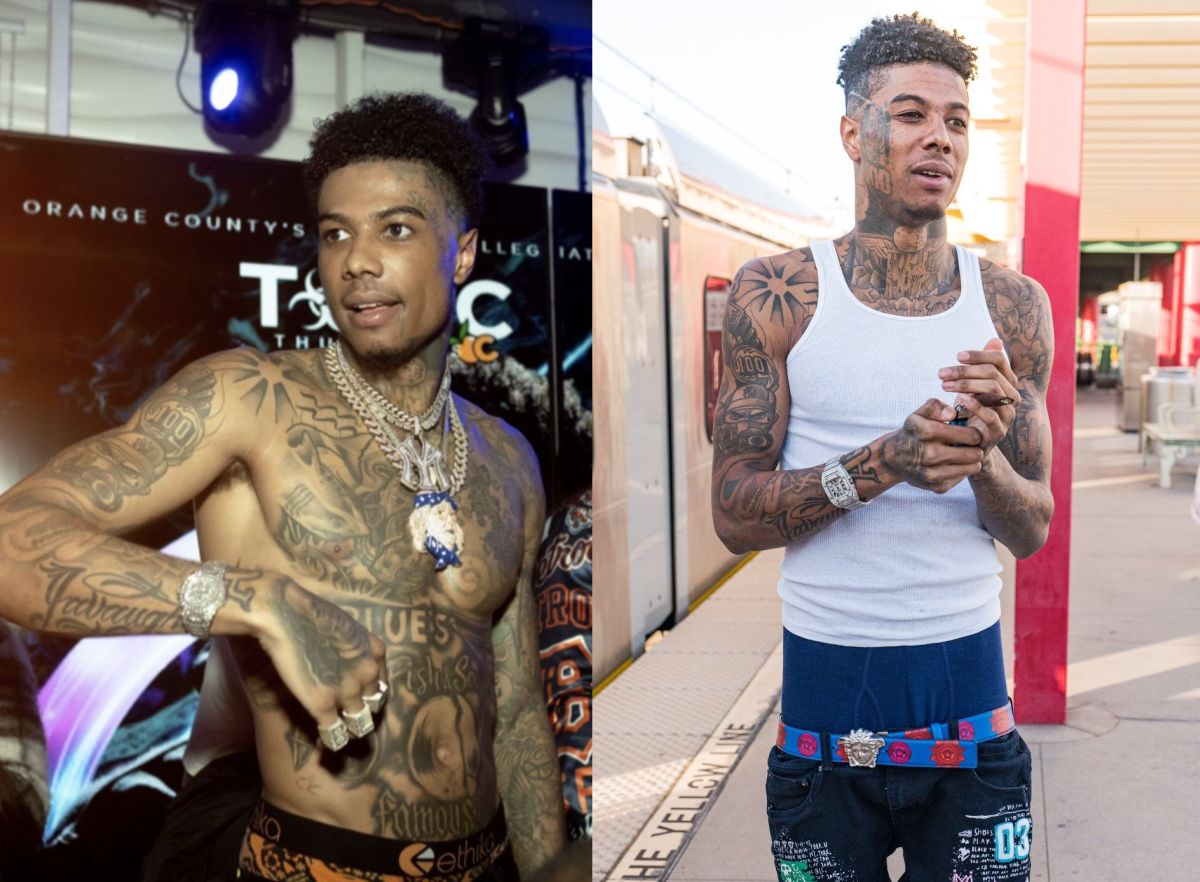 American hip-hop artist Blueface seems to be getting some spotlight for the wrong reasons. I’ll give you an insight into his life, bio, fun facts, quotes, and everything you should know about him.

Blueface’s breakout tune “Thotiana,” which was released in 2018, helped him gain notoriety.
He has quickly established himself as a rising star in the hip-hop scene thanks to his unusual style and appealing hooks.

Blueface is positioned to become one of the most well-known rappers thanks to his expanding fan base and a streak of hits. But his fan base is not always gained from his music.

If you want to know some quick facts about Blueface, here is his profile.

Now that we know the basic stuff about Blueface, it’s time to get a bit more in-depth and check out some fun and interesting facts about him.

Blueface, grew up in a single-parent household, raised primarily by his mother.
Little information about his father and family history is accessible to the general public.
He has several siblings, including the rapper Day Day, who is one of them.

Blueface was always drawn to music as a child and started rapping at a young age.
He attended Crenshaw High School, in Los Angeles, where he was involved in the school’s music program and started honing his rapping abilities.

Before opting to pursue a career in music, Blueface had a variety of odd jobs following high school, including serving as a security guard.

He started making music in his home studio and immediately gained a fanbase in the neighborhood.

His debut track, “Thotiana,” which he dropped in 2018, swiftly gained popularity and helped to identify him as a rising star in the hip-hop scene and a possible breakout artist in the ensuing years.

Since then, Blueface has worked with numerous other musicians and created a number of popular hits, such as “Freak Bitch,” “Stop Cappin,” and “Dead Locs.”

In 2020, he released an album called “Dirt Bag” and a mixtape called “Famous Cryp,” both of which received favorable reviews from the public.

He has performed frequently both in the United States and abroad and has gained recognition for his upbeat and dynamic presentations.

Another remix songs that featured him in 2020 was with NLE Choppa, Shotta Flow Remix. You can check it out here, it has over 320 million views.

He’s signed with for record studios, which to an unknowing eye it might seem good, but this only mean he splits his earnings with all 4, before getting any.

Not sure if he was tricked or it’s just because he doesn’t read the contracts he signed, but this might hurt his pockets in the long run.

One of his other side business he did was putting together Blue Girls Club. A TV show where he gathered around a bunch of women and instigating them to fight on camera for notoriety. That’s where he met Chrisean Rock.

Seems he’s into boxing, and doesn’t mind get himself in the ring as well when he also fought a famous tiktoker Kane Trujillo and won.

This kind of activities were shut off rather quickly after he and Chrisean Rock started getting more and more negative publicity for fighting each other in public.

Check out this article about Nardo Wick, another hip-hop artist that is on the rising music scene lately.

There are some things we can learn from Blueface and here are some wise words that he said and are worth remembering.

“I feel like my rise is connected to my lyrics, my look, my dance, my character, it all feeds into the same funnel, which is me, myself.” – Blueface

“I welcome people in an they don’t even think to thank me.” – Blueface

“It felt great when I realized I could feed my family and I could be independent and on my own.” – Blueface

Do you still have some questions about Blueface? I have the answers below.

Is Blueface single or dating?

Blueface is dating Chrisean Rock. There are rumors they are planning to get married, even though he has two kids with another woman and they just met in 2022.

It seems love conquers all, because they’ve been through ups and downs, fights and romance, even said they where going to break up. Not any time soon it seems.

What is Blueface’s net worth?

Blueface’s net worth could be more seeing he’s splitting his earning in too many places right now. But it seems he’s a live in the present kind of guy and he only releases a new song to keep up his fancy lifestyle.

Not sure where Blueface is going with his music, but I do know his fans like to follow his and Chrisean Rock’s drama. They always seem to have some laundry to wash in public. Probably why they started the Crazy in Love TV show.

But besides the obvious negative publicity he’s getting from the fights, he still somehow manages to have a decent fan base. Either for his music talent, or because of his looks, fans still love him.

Another artist that, like Blueface, is also famous for his tattoes, and especially face tattoos is Lil Uzy Vert, but they have way different style from one another.