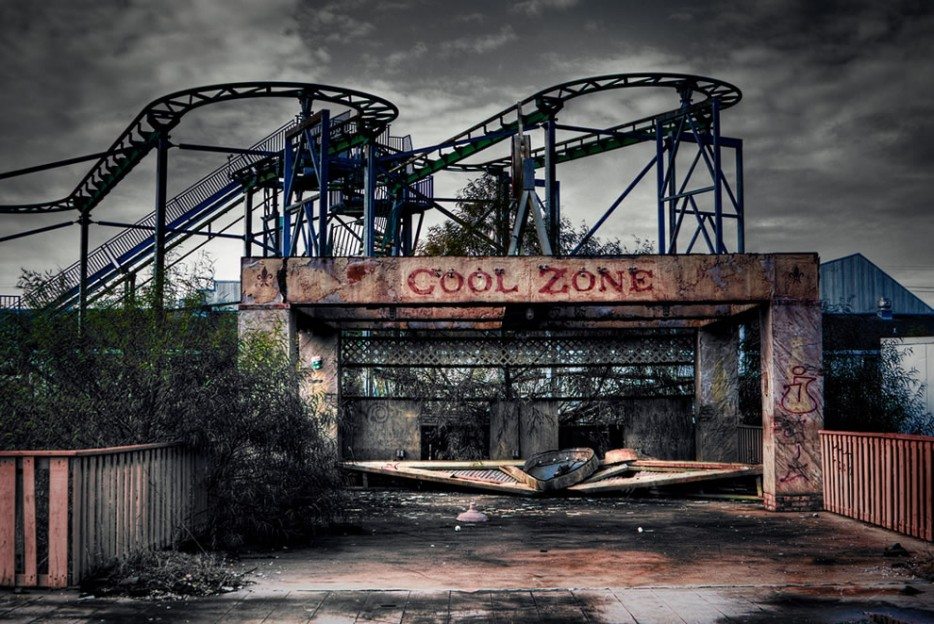 It seems almost surreal to see some of the places below and realize that they are actually abandoned. Haunting is the best word, I guess, to describe them once you see them, but the impact is even greater when you realize that some of these structures – man-built structures – were actually alive one day and never though they’d become nothing but a place for ghosts and dust.

Check out the 18 most amazing abandoned places on Earth below – things that prove that we can still build something amazing, and then completely abandon them! This city in Ukraine was evacuated in 1984 after the disaster at Chernobyl and now looks like the perfect setting for a post-apocalyptic movie. The levels of radiation prevent us, humans, for living there, but nature doesn’t seem to mind to take over. For some reason, old cars were abandoned near this farmhouse (which is also abandoned), turning the entire area into a creepy, strange graveyard of vintage cars and buildings… We’ll stay in New York for a little longer for one of the creepiest asylums that ever existed. Throughout the time, it was home for over 50,000 patients, and it was known as the place that you can only leave if you’re in a box. Creepy! An amusement park destroyed by Hurricane Katrina, Six Flags Jazzland looks like the perfect place for a horror movie. However, we do have to note and see that it’s still standing, proving that even the worst disasters can’t wipe out everything! Work on these beautiful houses started in the late 70s, but it was soon stopped after the investers lost interest in the project. A sad move, I would say, because these homes look amazing! It seems that New York is the real deal when it comes to finding gems like the one above. A real castle devastated by an accident in the 1920s, when an explosion destroyed it almost entirely, it is now nothing but a creepy ruin of a place that once looked like a fairy-tale palace. Another creepy castle in Celles, it was used as an orphanage during the Second World War and afterwards, with it being completely abandoned in the 1980s. Its past, as well as the creepy look after years of being completely ignored make it look like a perfect place for a ghost movie. Once a prospering coal minging town with over 5,000 inhabitants, Hashima Island now looks (and is) completely abandoned, as if a dark storm ravaged it before moving on… And we’re back in New York with another extremely interesting project that never reached its potential. Originally opened in the early 1900s, it was closed during the second World War because people simply didn’t use it. Originally named the Majestic Opera House and hosting shows as well as being used as a place to train soldiers during the World Wars, it was eventually sold to a tobacco company that used it as storage space. Today, a part of it houses a supermarket, while the rest is completely abandoned. A city founded over 1,300 years ago, Shicheng was flooded over 50 years ago when Xin’an River Hydro Plant flooded the area. It’s been underwater ever since, looking like the lost continent of Atlantis… Looking like buildings coming from a sci-fi movie, these forts were actually built to protect the river Thames during WWII and have been abandoned since. Well, it’s not all beautiful (and sometimes dirty) with the Great Wall of China. The name does say that it’s huge and even a country like China can’t afford the insane maintenance costs to keep it clean and nice – plus, there’s no real point in that. So areas of it have been taken over by nature with spectacular results! An Art Nouveau building in Romania, the structure looks majestic from afar, but as close in, you realize that it’s actually abandoned for quite some time. There were always plans to rebuild it, but it seems that the haunted past of the building never let them materialize. Also known as Hitler’s hospital because he was treated there when he was young, the military hospital was initially a 60-building treatment complex created to care for the increasing number of tuberculosis patients in Berlin, Germany. Eventually, it was abandoned and today it looks like a scene from a nightmare… A graveyard for trains and nothing more. Looks pretty amazing, actually, in its entire creepiness… Built in 1928, the hotel offered spectacular views of a nearby waterfall. However, the water was contaminated soon afterwards and tourists lost interest in the place, resulting in the place being abandoned and looking today as you can see above. I still think it would be a perfect setting for a Fantasy movie… This is not necessarily abandoned, as this was from start the place where it was supposed to be: the person who created it decided to place it at the depth of 55 feet – and today, the effects of that decision are spectacular.

I think that we can all agree that these are some truly amazing and equally haunting abandoned places on our planet. If you enjoyed this article, don’t forget to like and share it to help us spread the awesomeness!