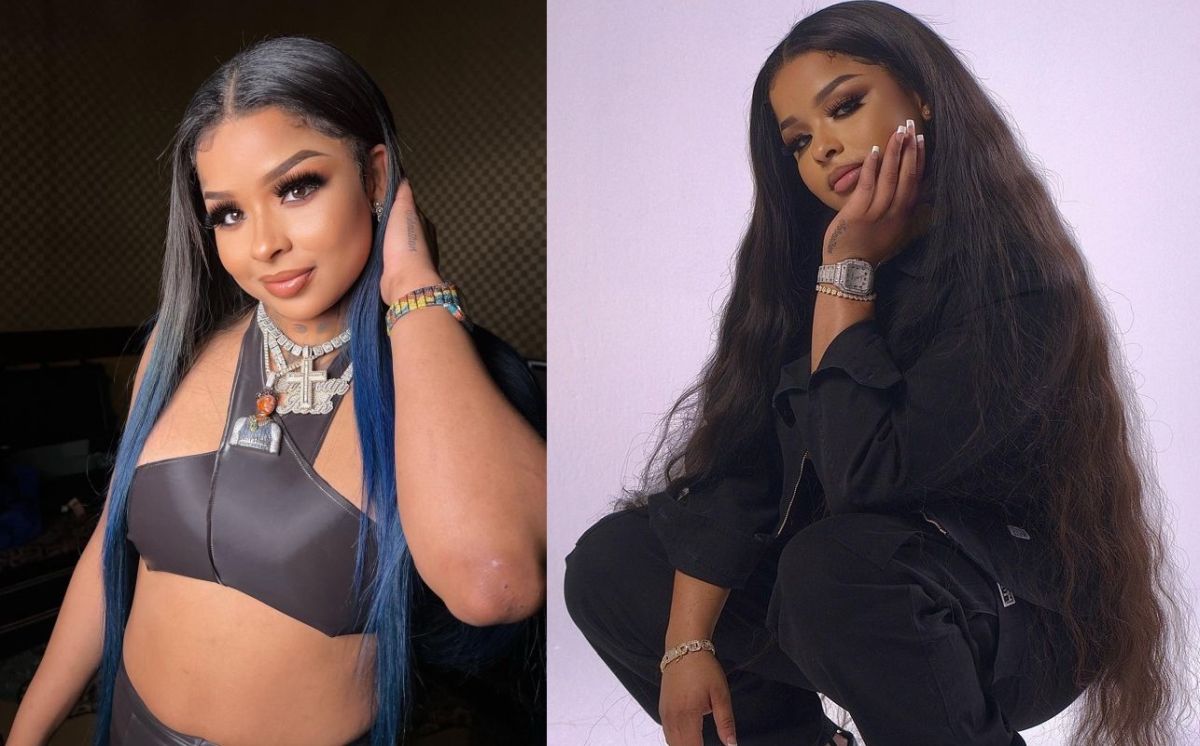 Chrisean Rock is Blueface‘s girlfriend and the first artist he ever signed. We all know she’s bringing a lot of drama to the table and I’m here to give you her bio, facts, quote, and everything you should know about Chrisean Rock.

Chrisean Rock’s music career is not very wide, but maybe there’s hope that in the future she’ll bring out more songs and less fighting. But who knows? Maybe her fans are all about her ticking-bomb attitude and they live for her drama.

Definitely, she’s nothing like Jenn Carter, another hip-hop artist that is making waves with her different style in the music business.

If you want to know some quick facts about Chrisean Rock, here is her profile.

Now that we know the basic stuff about Chrisean Rock, it’s time to get a bit more in-depth and check out some fun and interesting facts about her.

She has 11 siblings, but she always kept her childhood and family secret from the public eye. We don’t blame her, she attracts all kinds of people, and I’m sure she doesn’t want to put her family in danger.

When she was little she used to train for Junior Olympics as an athlete, and focused on her track career, up until college. When she enrolled in a 2-year college, her dreams of becoming an athlete changed.

The relationship between her and Blueface always had its ups and downs. Blueface was accused of trying to make a full of Chrisean Rock in his videos, by her fans, and Chrisean Rock was known to be aggressive and easy to explode on him and anyone that upset her.

Although they don’t sing together much, she pops up in a lot of his videos o TikTok, stage, Twitch, and everywhere she can. Here is one of the music videos they made together.

At one point there were rumors that she was pregnant, but she was still drinking, smoking, and partying like usual, so those rumors were probably just that.

This inseparable duo has met a lot of negative light, and most people think it’s a toxic relationship. Believe it or not, Chrisean Rock was caught fighting a lot and received jail time for allegedly selling crack cocaine in February 2022.

In one of her altercations she even lost a front tooth, something she’s not shy to show off. Some say she’s even scarier without it, so maybe that’s why she’s in no hurry to cover it up. Although she’s thinking of getting a fake replacement with Blueface’s face on.

Wouldn’t be the first time she has his face on something. Her neck tattoos are out in the open for everyone to see him.

There are some things we can learn from Chrisean Rock and here are some wise words that he/she said and are worth remembering.

“I love Jesus, he’s my best friend.  I be talking to him all the time.” – Chrisean Rock

She always said her connection with God is special and thought of herself as a spiritual individual. In an interview, she proudly mentioned that her first word was “Hallelujah!”.

“As a young, black, beautiful woman, I am a survivor.” – Chrisean Rock

“Since I didn’t have the childhood I should’ve had; then I can have the future that I deserve.” – Chrisean Rock

Do you still have some questions about Chrisean Rock? I have the answers below.

Is Chrisean Rock single or dating?

Chrisean Rock is still dating Blueface. And not only that, they are making plans to get married. Weird seeing his family not want to see Chrisean Rock ever again, after she gave his mom a black eye and attacked his sister too.

What’s weird about it is that not long ago the rumor had it they were going to break up. And before that, she was pregnant with his baby.

As I said, their up-and-down relationship feels like a rollercoaster from the outside. But it seems they are made for each other, toxic or not, they can’t break up.

What is Chrisean Rock’s net worth?

Chrisean Rock’s net worth isn’t something to give a specific number, but we can assume is around 2$ million.

She used to make a lot of money from her modeling career. We’re not sure if that’s still the case in the present with the big changes she went through.

Chrisean Rock is a force to be reckoned with. But not in the way most people think, especially seeing she could’ve become a professional athlete or even a famous hip-hop artist.

There’s still time for her to put her life together, and turn that drama into a music career worthy of a positive spotlight.

Maybe she should at singers like Ice Spice or GloRilla, that are using their talent to stay out of drama and get more into hip hop.