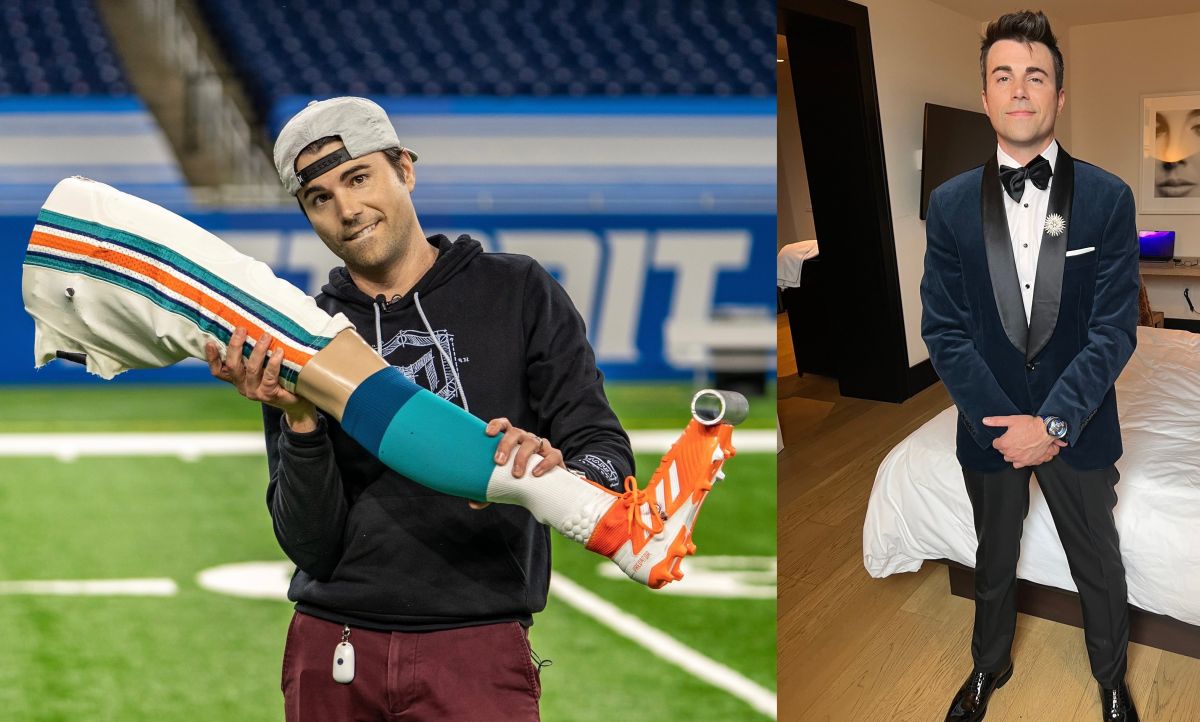 I’m glad people like Mark Rober, social media scientist, and educator, are starting to become more famous. Today, I’ll cover his bio, facts, and quotes, so that you learn everything that you need to know about him.

Mark Rober is famous for his engineering educational videos on YouTube, with over 23 million followers there, and many more on other social media platforms.

A philanthropist and environment supporter, he and Mr. Beast worked together on big projects to plant trees and gather garbage out of the oceans.

Mark Rober is a very cool guy that has can teach the young generations to be better, smart, and fun. If you want to know some quick facts about Mark Rober here is his profile.

Now that we know the basic stuff about Mark Rober, it’s time to get a bit more in-depth and check out some fun and interesting facts about him.

He’s a former NASA employee and worked on the Curiosity rover that was sent to Mars. You can learn more about his career at NASA, but also at Apple afterwords on Mark Rober’s Wikipedia page.

His ingenuity and inventions made him famous, especially on his YouTube channel. But he’s also hosting a science TV show, called The Quick And The Curious.

When he was young, his first invention was goggles for chopping onions. Now one of his most famous inventions after he joined Digital Dudz, is the series of Halloween costumes with mobile apps integrated within.

His contribution to engineering was acknowledged by the Institution of Engineering and Technology, but this is not all he is.

He’s an avid supporter of autism, as his son is autistic. He and his family, wife and 16 years old son, live in Sunnyville, Santa Clara County, California, United States.

His son made a few elastic bead bracelets for his father’s friends. Dax Shepard, the actor, one of Mark Rober’s friends, got one and wears it every day. I think that’s pretty awesome.

One of Mark Rober’s most viewed videos on YouTube is this watermelon party trick, check it out:

It does seem that his sense of humor, tricks, funny scientific experiments, and amusing inventions is what people love about him.

Another of his most entertaining videos was one experiment that many have tried before him, and they never succeeded. Even if he said it was more of a chemical experiment, something that isn’t in his area of expertise, he still managed to get the job done.

Here is how hard it was to make a pool out of jelly, and what it looks like to jump in it:

The maze videos for the squirrels in his backyard are gaining more and more popularity each day. He’s creating challenges and records their effort to reach the almighty walnut treats at the end of the maze.

I’ll let you seek those on his YouTube channel as any of the ones he posted are worth watching. And you can see there his glitter bombs, used to catch packages thieves, and also his famous automatic bullseye moving dartboard, which everyone is psyched about.

“If anyone was going to make a revenge bait package and over-engineer the crap out of it, it was going to be me.” – Mark Rober

His support for people with special needs, especially autistic individuals, comes, as I said earlier, from his son, which he talks about in one of his videos.

He tries to explain how they are different, but also how complex and amazing they can be, and it’s an emotional message he’s trying to share with us

He is doing it for the fundraising he’s supporting, hoping that if we can understand them better, we can help them as well.

There are some things we can learn from Mark Rober and here are some wise words that he said and are worth remembering.

But one of his favorite scientific quotes is: “Somewhere, something amazing is waiting to be discovered.”

If you know any other wise words Mark Rober has said, don’t hesitate to write them down in our comment section below.

Do you still have some questions about Mark Rober? I have the answers below.

Is Mark Rober single or dating?

Mark Rober is married and has a son. His wife was very involved in raising their son, as he has autism and needs some special care in order to thrive.

What is Mark Rober’s net worth?

Mark Rober’s net worth is $5 million as far as the internet data I found has shown me. Besides his science TV show, he’s also the founder of CrunchLab.

I’m glad to see more people following Mark Rober’s inventions and party tricks, as they seem safe and fun to do, except if you’re a thief, and you try to steal my package.

Otherwise, his ingenuity and funny video are winning more and more viewers, and as long as he’s not stopping, I’m sure he’ll gain even more.

If you have some fun facts of your own about Mark Rober, I would love to hear them, I’m sure they will be fun. So leave your knowledge in the comment section.