There have been all sorts of rumors in the past regarding the origins of Mona Lisa and who was actually the person that became Leonardo da Vinci’s Mona Lisa. The truth is that nobody really knows for sure, but there are some theories roaming around.

One of the latest findings from people analyzing the subject is certainly mind babbling: Mona Lisa (also known as Gioconda) was actually a man, Gian Giacomo Caprotti. This theory is actually starting to get a fair share of supporters, too!

Who was Gian Giacomo Caprotti?

Apparently, Gian Giacomo Caprotti was an effeminate young artist that worked for Da Vinci. He was painting under the name of Salai and Leonardo Da Vinci was his teacher.

And it seems that Caprotti served as the painter’s muse for more than one painting, with Mona Lisa being the most famous.

Even more, Silvano Vinceti, chairman of the Italian national committee for cultural heritage said: “Close examination of a high-quality digital copy of the portrait had revealed an L for Leonardo and an S for Salai.”

When the museum folks hurried to deny this rumor, Vincenti said: “I can understand their incredulity and amazement- after all this must be the most studied picture on earth,” and added that “they’re really blind.”

But that’s not all in terms of proof that Salai – or Gian Giacomo Caprotti – was actually the muse for Da Vinci’s Mona Lisa: if you anagram the painting’s name, you do get “Mon Salai”.

Art experts have also analyzed Salai’s features in other paintings and came to the conclusion that there are similarities between him and Mona Lisa, especially when it comes to the mouth and nose.

However, this theory is not widely accepted and most experts still claim that the muse for La Gioconda is actually a woman.

While we will probably never have a clear answer (or at least not until we invent time travel and go back in time to see Da Vinci painting his masterpiece), there are some theories that are widely accepted when it comes to the person that served as inspiration for Mona Lisa.

And the most common is that the muse was Lisa Gherardini, an Italian noblewoman who married another nobleman, with the family name “del Giocondo”.

Apparently, the painting itself was commissioned by the woman’s husband, and Leonardo da Vinci took 3 years to finalize it. The names under which the painting is known seem to relate well with this story:

Mona Lisa basically translates as “My Lady Lisa” while La Gioconda is clearly coming from the woman’s family name after marriage.

So while it appears that indeed it was Lisa del Giocondo who is portrayed in Da Vinci’s masterpiece, other theories still surface and none is universally accepted.

Apart from the theory mentioned above – that it was actually a man, Gian Giacomo Caprotti, who serverd as a muse, some people believe that Mona Lisa is actually a self portrait made by da Vinci. You see, back in the day, this was how you took selfies.

But what do you think? Could one of the best known paintings of a woman in the world actually be a… guy?

Top 20 Rappers of All Time

You Can Now Buy an Entire Village in England – and It’s Cheap! 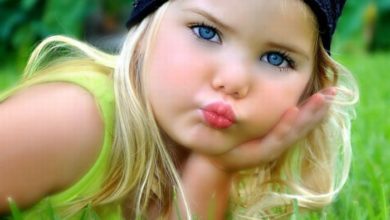 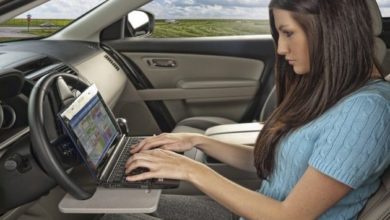 These Are Probably the Top 10 Most Useless Inventions Ever