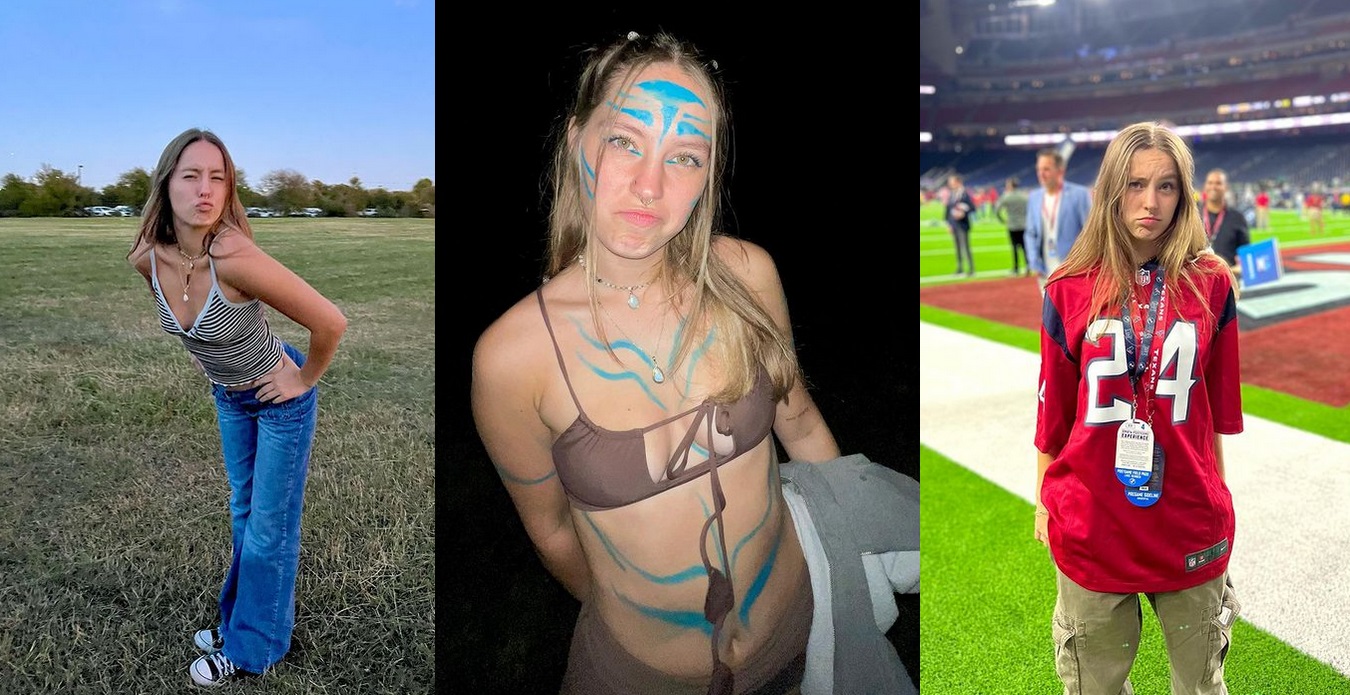 When TikToker Peyton Coffee will pass her father’s popularity, reaching more followers than him, you’ll all want to learn more about her. So here I am wit her bio, facts, quotes, and everything you need to learn about her.

Peyton Coffee is a TikTok influencer that first became famous as being Jason Coffee’s daughter. Her TikTok account has the usual funny cute teen girl vibes, with everything it comes with from having two brothers and being raised in a fun family environment.

I’m sure many of you can relate to her personality and life style, so if you want to know some quick facts about Peyton Coffee here is her profile.

Now that we know the basic stuff about Peyton Coffee, it’s time to get a bit more in-depth and check out some fun and interesting facts about her.

When I say celebrity, I’m talking over 10 million followers on TikTok alone. All three have much more from all other social media accounts. Peyton has over 15 million on Twitter and another 2.5 million on Instagram.

She and her brother Caleb sometimes make fun videos together or duet/stitch videos. But her first appearance on online social media, was on her father’s vines.

She was raised in a Christian family, and they moved from California to Kansas City, Missouri, United States, spending all her childhood there. Then they moved to Hawaii and settled here as they fell in love with it.

She dreams of settling to California sometime in the future. She likes art and crafts has a few paintings around the house and her room, and loves to take pictures and travel. Maybe she’ll make a carrier over this.

She used to have a boyfriend, but one of her TikTok is giving out the information that they broke up after dating for 9 months, event that made her cry a lot.

She’s a sensitive girl, but gotta love that about her. When she’s feeling down, and sad, she isolates herself and paints. Painting is a good therapeutic activity, and she’s talented, so a lot of good things can come out of strong emotions.

No name of her ex boyfriend has been leaked till now. She said not even her family knows of her past relationships, she is private about that, but admits she’s an open book regarding other things.

She has 5 piercings right now. She used to have a Smiley piercing, but it got infected and she had to take it out. It doesn’t seem like she’ll stop at 5 though.

She is asked about toe pics a lot on her social media profiles. Seems she could get some money out of it… I’m joking… unless… Here’s an old video of her answering a few questions from Instagram and SnapChat:

She buys her clothes from vintage shops and good will, and she was bullied in 4th grade for her looks, and “used clothes”. Seems like now that she’s famous, her clothing “used” style just became trendy, as it should!

She has her own dog, likes cats too, but she’s allergic to them. She takes her dog with her sometimes and buys him special treats.

She was a vegan for 5 years, because she discovered at a young age, 8-9 years old, that she had a leaky gut, and that she was allergic to a lot of things, including gluten, dairy and eggs.

That’s when she made the decision to go vegan, and focused on making balanced meals, and keep a positive mindset, because it left her with a lot of issues surrounding auto-immune diseases.

There are some things we can learn from Peyton Coffee and here are some wise words that she said and are worth remembering.

“I have social media, moving out really motivates me to get up in the morning, and work.” – Peyton Coffee

If you have more inspirational quotes from Peyton Coffee, let me know in the comment section below, and our readers will surely appreciate the effort.

Do you still have some questions about Peyton Coffee? I have the answers below.

Is Peyton Coffee single or dating?

Peyton Coffee is single. She does admit she likes someone, but she will not say names. The rumors had it that she’s dating Sebastian Moy, an Instagram sensation, but she neither confirm it or deny it, so, we don’t know.

What is Peyton Coffee’s net worth?

Peyton Coffee’s net worth is around $ 1 million, but the data is inconclusive to actually know for sure. Soon she’ll probably pass her father number of followers, been only 6 million followers behind him (at over 15 million).

Peyton Coffee is starting to become a famous influencers, and as she mentioned in one of her videos it just happened one day and she just went with the flow.

She can imagine herself not being on social media, but if it happens one day it will only be if she’s financial stable and needs a break. After all that’s one of the motivators to get up in the morning.

If you know more, or she uploads new facts about her, me and my readers are very interested to hear. Leave a message in the comment section below.