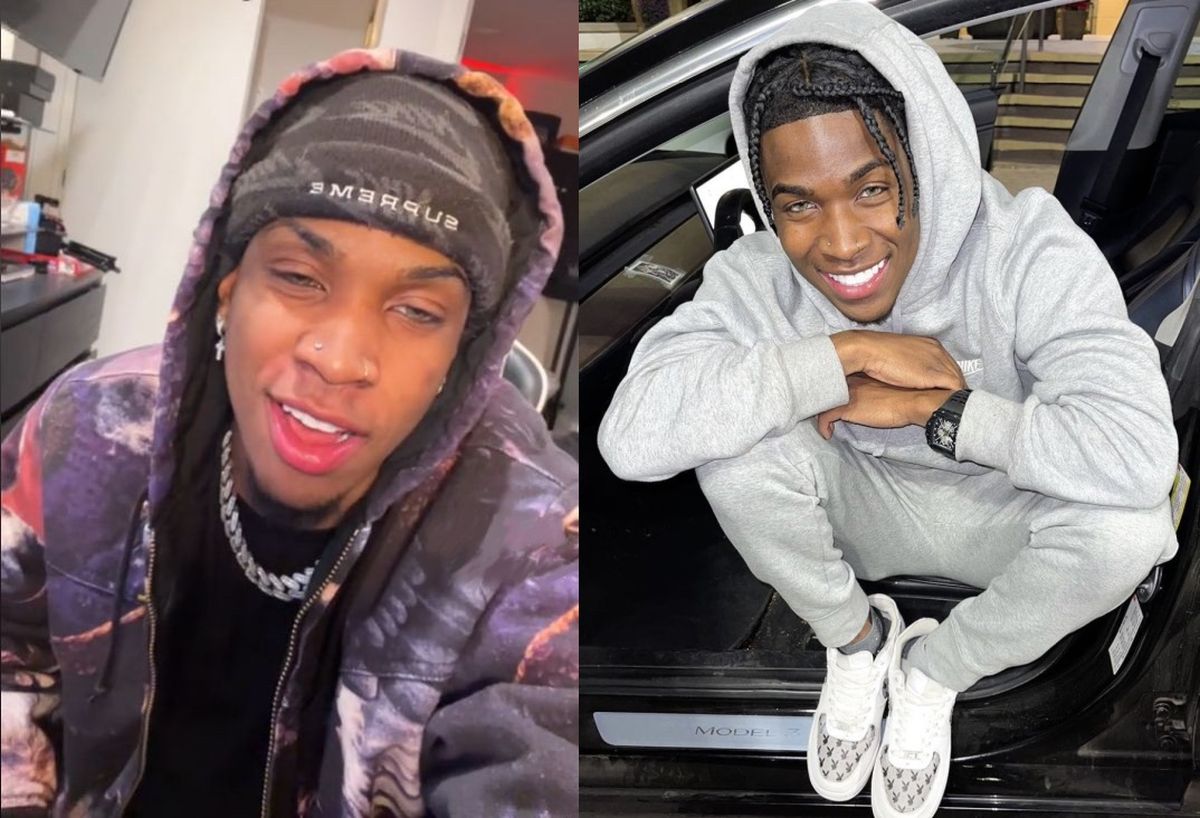 Every SwagBoyQ fan will want to read this article about his bio, facts, quotes, and everything you need to know about this social media celebrity.

SwagBoyQ got famous for his challenges, pranks, and comedy clips on YouTube, TikTok, and Instagram, getting him over 33 million followers, and all three social platforms.

What’s special about him is his looks. Everyone asks him if his eyes are real because it’s the first thing you notice about him.

If you want to know some quick facts about SwagBoyQ here is his profile.

Now that we know the basic stuff about SwagBoyQ, it’s time to get a bit more in-depth and check out some fun and interesting facts about him.

He was raised in Houston, Texas, United States, and he keeps away from revealing any more about his personal life. I am wondering if he has siblings who are beautiful as him, or if he looks like his mom, or his dad.

But it seems not everyone thought of him as pretty. In 2019 he participated in a date auction, and he was mocked and laughed at, getting him pretty upset about it.

But that day he already knew he was going to become someone famous and, I have gotta say, his looks helps a lot. It seems he showed them how wrong they were to laugh.

He was inspired by comedians on TV, such as Kevin Heart, and dreamt of becoming one himself. That’s why he started posting pranks and comedy sketches on TikTok in 2019.

All he wants to do is put a smile on people’s faces, and make his fans happy. He calls the “ShwaggyGang” and thinks of them as family.

He knows that social media can influence a lot of people, and that is probably why he just wants to give people something to laugh at, be happy, and not make something fake.

His pranks got him kicked out of different places, like Target, Foot Locker, or Walmart, and says the last one has him followed by stuff to make sure he doesn’t pull a prank in their shop.

He always makes sure his pranks don’t get out of hand, so to avoid doing anything illegal, but I guess no shop wants to clean his mess up, legal or not.

Another TikTok comedian you might want to read about is Druski. Although he has a different style than SwagBoyQ.

Same as IShowSpeed, besides being a v-gamer, his humor is more childish than SwagBoyQ.

There are some things we can learn from SwagBoyQ and here are some wise words that he said and are worth remembering.

“Ima show y’all what hard work is, chasing your dreams no matter who doubts you and (what) consistency does.” – SwagBoyQ

He said he never expected it to be easy to reach the fame and level of renowned comedians. He knows he has to work hard to achieve it, and that he’s not afraid to do it.

“Ima show y’all what it looks like to believe and put ur faith in Jesus… he will answer the desires of ur heart.” – SwagBoyQ

He truly believes his prayers were answered, and sometimes it does seem that we just have to pray and we will get it.

Social media is a big part that influences young people these days. It seems like he knows it never lasts, and only what’s real can last.

Do you still have some questions about SwagBoyQ? I have the answers below.

Is SwagBoyQ single or dating?

SwagBoyQ is dating. According to his TikTok account, where he recently started to show off his girlfriend, he is dating Coco Bliss, another TikTok celebrity.

He is a very private man, that doesn’t like to say anything about his personal life, and prefers to keep it hidden and far away from his online fame. However, seeing Coco (Puffs) is famous as well, they couldn’t keep it away from us.

What is SwagBoyQ’s net worth?

SwagBoyQ’s net worth is over $1.5 million as far as I can tell. The data is subject to change of course, as it depends on the sponsored jobs he is constantly offered.

SwagBoyQ is working his way up to become a comedian, already having millions of followers that enjoy the content he posts both on YouTube and on TikTok. Soon hopefully he would reach Khaby Lame fame-wise.

He will not give up his dream easily and is ready to work harder to become who he is. Being a Christian he believes God is on his side and He will bless him and help him make his wish come true.

Go follow him on his social media accounts, to keep yourself updated with SwagBoyQ’s funny videos.