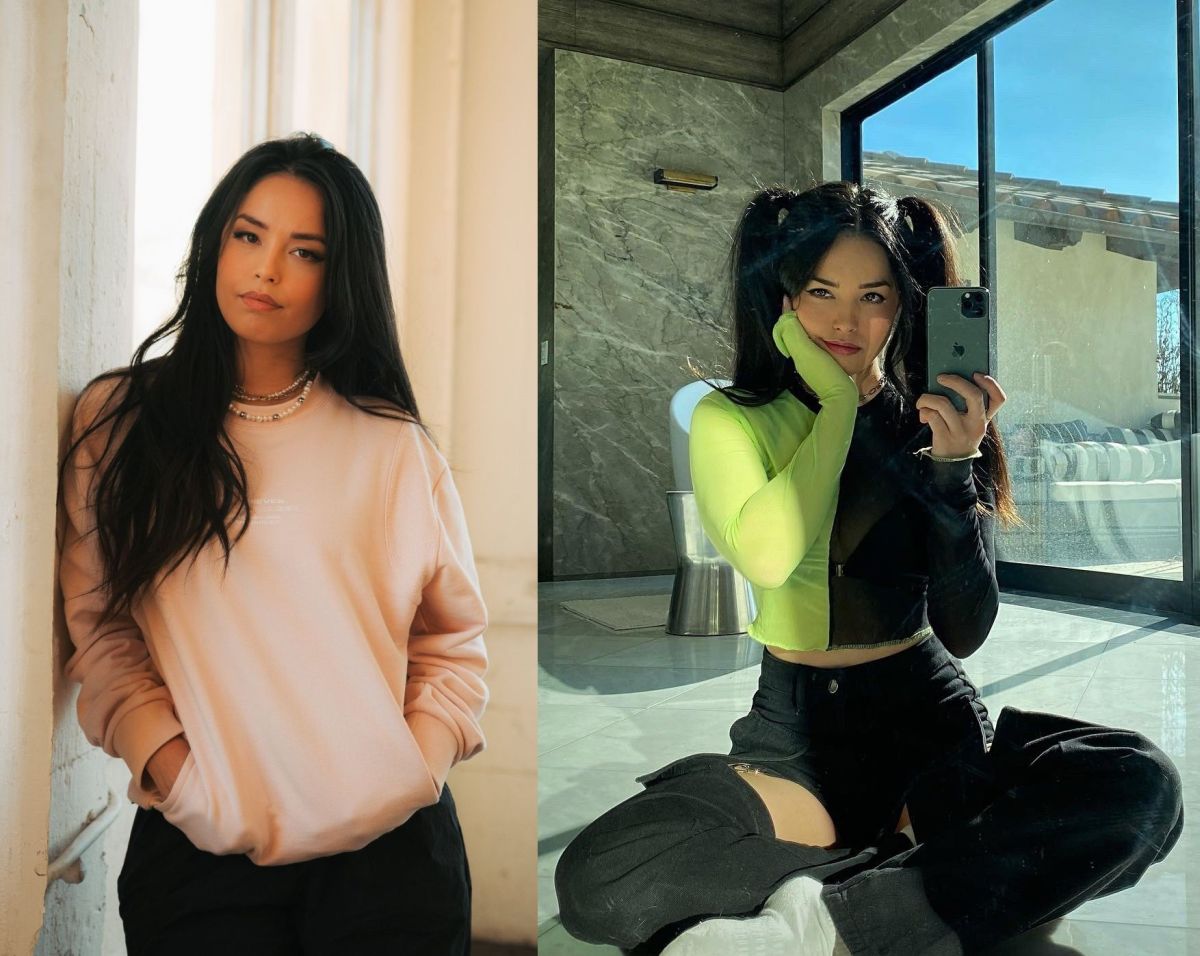 Being a YouTube creator is not easy nowadays, but Valkyrae is a well-known streamer, and today I’m going to tell you more about her, from her bio to fun facts, quotes, and everything you should know about her.

Valkyrae is a YouYube celebrity with over 10 million fans on YouTube, TikTok, Twitter, and Instagram. She supports and promotes female gaming and she won many awards for gaming and streaming.

She was awarded “Gaming Creator of the Year”, and she’s co-owner of “100 Thieves” a popular gaming brand, and she made it on the biggest billboard in America, two months ago, when she started working with Gymshark as their Global Ambassador.

But more fun facts about her later. If you want to know some quick facts about Valkyrae here is her profile.

Now that we know the basic stuff about Valkyrae, it’s time to get a bit more in-depth and check out some fun and interesting facts about her.

In 2014, she first shared her gaming experience on Instagram, and only as a hobby. At the time she was working for GameStop, and she was encouraged by her followers and friends to move on Twitch.

Which she did, but then she gained more followers and fans and moved to YouTube videos, where she really became famous. She plays Among Us, Minecraft

This is her most viewed video, if you wanna know what kind of content creator she is:

She collaborated with Corpse Husband. She was his first face reveal actually, and other famous YouTubers like JackSepticEye, teaming up to raise money for Feeding America, a fundraiser hosted by Jimmy Fallon.

I’m pretty sure Hannah Owo and Valkyrae never worked together, they are definitely different kinds of video gamers.

Just like IShowSpeed will probably never be accepted for a collaboration with Valkyrae, even though he has more followers than her.

She said she doesn’t see herself stopping gaming, or streaming, because she’ll always be interested in playing games. Who knows what cool games will be released in 50 years?

She has Filipino and German roots, which explains her beauty but was raised in Washington, United States, and on top of that, she doesn’t really know or understand the Filipino language.

Her favorite game when she was younger she said it was Game Cube because that was the most fun she had with his friends, two brothers, and younger sister. But the one that she played the most was Play Station 2 and Super Nintendo.

She has a dog named Mika, which she got in 2018, a Shiba Inu breed, white and fluffy. Mika pops up now and then on her videos and Instagram photos and even has an Instagram account.

“My puppy finally comes home tomorrow.. I feel like this is my maternity photo for my fur child. Yup. I’m fur pregnarante.” – Valkyrae

She wishes to get Mika another friend someday, but she thinks there are too many pets in the house she’s living already.

One more would just add to the drama that’s already too much to handle. Who knew pets had drama?

She enjoys doing voice acting and spilled the beans on some future plans that were set in motion. We just have to wait and see.

There are probably some things we can learn from Valkyrae and there are some wise words that she said and are worth remembering, but I haven’t found much.

She has a funny personality and seems to be a very interesting girl, but as far as deep quotes go, if you find any, let me know in the comments section below.

Do you still have some questions about Valkyrae? I have the answers below.

Is Valkyrae single or dating?

Valkyrae is single. There were rumors of her and Sykkuno being in a relationship, but she said he’s just like a brother to her, protective and sweet like all brothers should be.

Hopefully, she didn’t send him to the Friendzone and Sykkuno had another opinion about their relationship.

It seems that her past relationships didn’t work because her boyfriends were insecure about her fame and being a social media influencer and celebrity puts a lot of pressure on some people.

What is Valkyrae’s net worth?

Valkyrae’s net worth is not something we can know for sure, but the numbers twirl around $3 million. Thing is, she admitted that these numbers are not accurate at all.

Every now and then she checks out her own net worth on Google and she said they never get it right. We don’t know if it’s more or less than the number we could find. Obviously no one, but her can know with precision her actual net worth.

Valkyrae’s popularity has no reason to decrease. People will always play video games and watch their favorite gamers, wishing they could become like them.

If you think about it when Valkyrae was born being a YouTuber as a job didn’t even exist as an option. So anything can happen in the next few years.

Maybe she’ll need to switch from streaming on YouTube to being in a Virtual Reality universe and everyone can meet her there and play video games on another whole level.

If you have any more interesting information about her, that I didn’t mention here, feel free to leave a message in the comment section below. I would love to hear more fun facts about her.