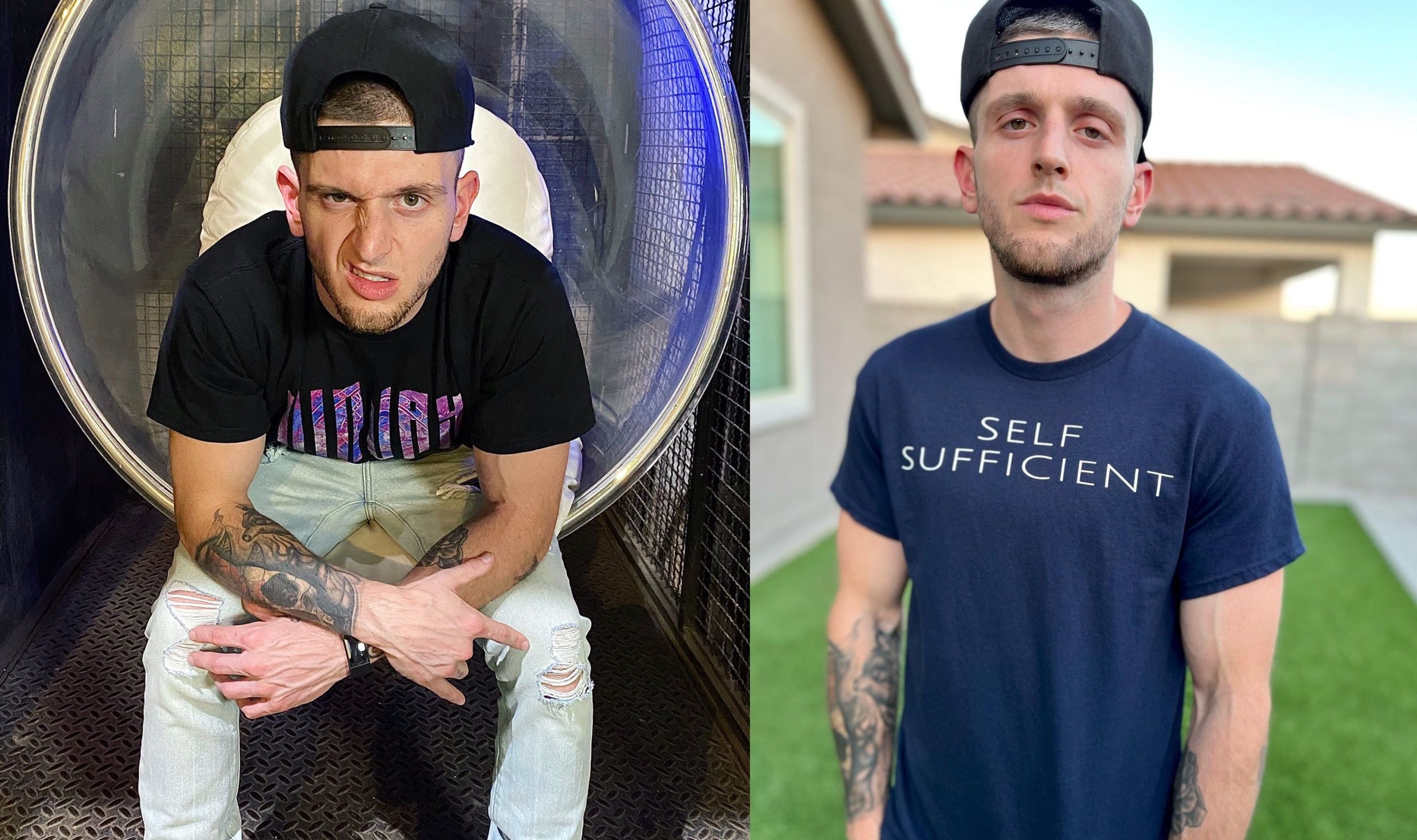 In this article, you’ll learn more about Vin Jay the rapper that despises mumble rap. I’ll give you his bio, facts, quotes, and everything you should know about him.

Vin Jay is a big promoter of lyrical rap, so much so that he became famous for his song “Mumble Rapper vs Lyricist”. He proves he can do both, but that mumble rap should be taken out, as it’s too easy, and shouldn’t be considered rap at all.

We should have more artists like him that promote clever lyrics, rather than mumbling, and the poor attitude this trend comes with. And let me tell you that I am one of Vin Jay’s fans so writing about him is a real pleasure!

If you want to know some quick facts about Vin Jay here is his profile.

Now that we know the basic stuff about Vin Jay, it’s time to get a bit more in-depth and check out some fun and interesting facts about him.

His song “Mumble Rapper vs. Lyricist” was released in February 2019 on YouTube, and got him over 5 million views in just a couple of months. But right now, he made 20 million with the same video.

He has over 365k subscribers on YouTube, but his latest video “YOU”, released on November 2022, didn’t gather many views.

You can tell us what you think about his song. I think it’s another great example of how lyrical rap is better than mumble rap, giving you more emotions, and making you resonate with it.

Another one of his songs that was appreciated by rap fans was “Drop”, having over one million views. Proving once again he’s got skills and is a very talented lyrical rapper.

“Addicted” and “Overdose” were out in 2019 as well, getting over 5 million views together. His songs are touching and many people can connect to his lyrics, which is the point of lyrical rap.

Lots of his lyrics are worth listening, so my advice is to subscribe to his YouTube channel to have a taste at what he can do.

Someone even tattooed some of his lyrics on his arms, I think that speaks volume of how deep his lyrics can pierce someone’s life.

Not much information about Vin Jay’s personal life, it seems he’s rather private and doesn’t want to say too much. Even so, if we can assume his lyrics are inspired from his life, we can get a picture of how he really is, right?

There are some things we can learn from Vin Jay and here are some wise words that he said and are worth remembering.

“You deserve much more, so just sever the ties between those toxic thoughts and your intelligent mind.” – Vin Jay

These are the lyrics someone decided to tattoo on themselves, and I gotta say the are a great reminder to take care of our mental health.

When asked about switching genres, as not all his music is hip hop/rap, he had a very interesting answer:

“No, I’m not switching genres. I’m an artist. Experimenting with sound waves and frequencies. Freely painting my emotions on whatever canvas feels right at the time. Don’t panic, Im still making rap and always will.

My roots are firmly planted in hip hop. I just know I can’t give the world the best version of me when I place limits on my music. I have no genre. Just a need to express myself through sound.

I don’t care for branding, nor portraying myself in any specific way. I just want to grow. Be better. Be happier and make music along the way that captures those moments.

Gonna break a lot of boundaries along the way. Thanks for rocking with me. The journey continues.

P.S: the next song I’m releasing is one of the craziest rap records I’ve ever made and it has a HUGE feature” – Vin Jay

His healthy mentality about life, music and how he sees what he’s doing as art, is truly awesome, and more artists should follow his words, to put their own emotions on that canvas.

I know he would get along well with Denzel Curry, as they share a similar mentality about making music.

What is Vin Jay’s net worth?

Vin Jay’s net worth is around $1.5 million. This is a gross estimate, basing our assumption that he’s made most of his fortune so far from Youtube videos, as well as other streaming platforms like Spotify.

However, he is also selling his own merch, which can add up to his monthly income. Concerts and media appearances are also a solid source of income for Vin Jay.

Do you still have some questions about Vin Jay? I have the answers below.

Is Vin Jay single or dating?

Vin Jay is single, most likely. He’s rather private with his personal life, but there’s no mention of a girlfriend, or wife, anywhere.

Vin Jay is definitely a rap artist worth watching. He’s not new in the business, but his desire is to inspire and put his feelings in his lyrics.

He should be an inspiration for young rappers that are just starting off. Lyrical rap goes much deeper than mumble rap. Connects with its listeners at a deeper level, and that’s what every artist should aim for.

Rappers like DD Osama or NBA YoungBoy, cand definitely learn a thing or two about him.

If you have any news about Vin Jay’s career, songs, personal life, or anything else you might know about him and I didn’t mention it here, I would love to read it. So put them in the comment section bellow.