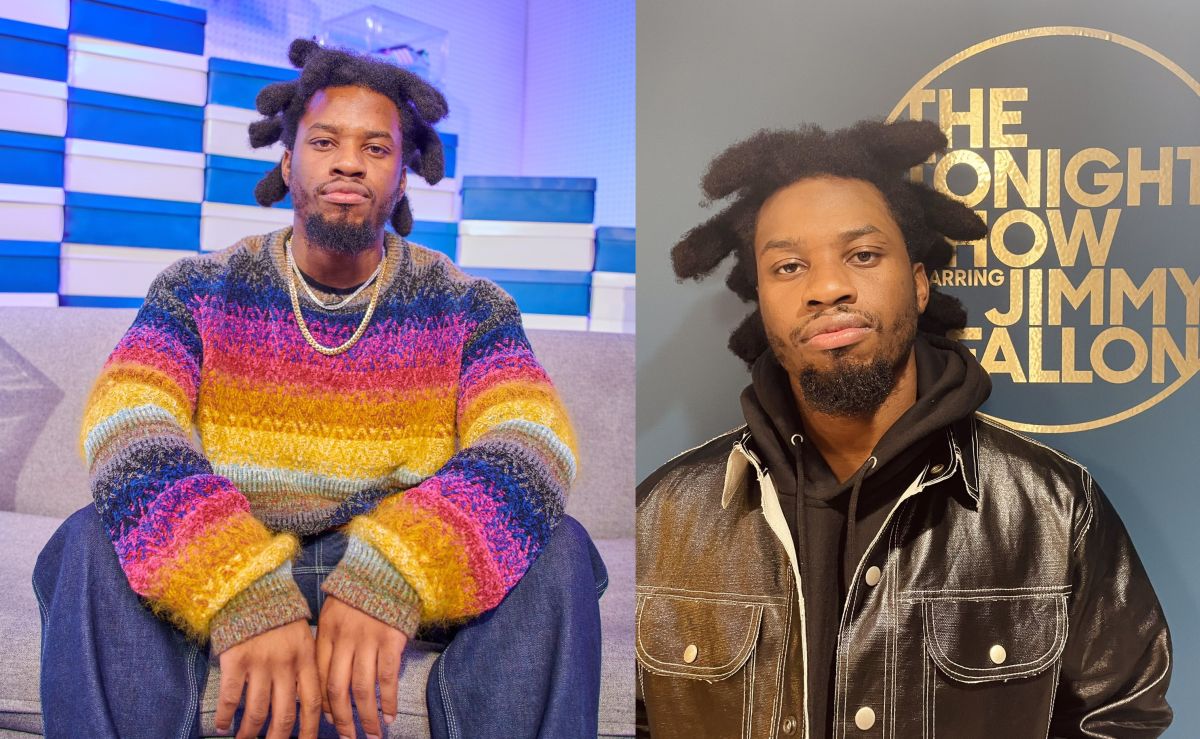 Denzel Curry, the rapper needs more spotlight if you ask me, and I’m here to provide some, especially since his last album “Melt My Eyez See Your Future” debuted on Billboard Top 200 as low as 17.

So hang on tight for bio, facts, quotes, and everything you should know about the rapper Denzel Curry. I am sure that every fan of his needs to know these because he’s not like all the other rappers, and you’ll see why for yourself.

If you want to know some quick facts about Denzel Curry here is his profile.

Now that we know the basic stuff about Denzel Curry, it’s time to get a bit more in-depth and check out some fun and interesting facts about him.

With over 5 million followers on every other social media out there, his popularity is rising with each album he releases.

He has many genres he plays, probably because he likes to be flexible and not stuck in one place. He sings hip hop, trap, punk rap, hardcore hip hop, and industrial hip hop. He does have a type, but he’s willing to go beyond the specific genre, still remaining in the zone.

He started rapping at a very young age, starting with poetry in elementary school, moving on to rap battles after 6th grade, and releasing his first mix tape in 2011, named “King Remembered Underground Tape 1991–1995”.

Another rapper that released his first mixtape in 2011 is Quavo, but their styles are very different.

This mixtape got him out of the shadows and he was accepted into the hip-hop group “Raider Klan”., which got disbanded in 2013, giving Denzel the opportunity to go solo, and featured with many well-known artists.

In 2015 he released “32 Zel/Planet Shrooms” a double EP that had the breakout hit single “Ultimate”. This song went viral and gathered over 175 million streams on Spotify and over 38 million views on YouTube.

But that was only the beginning. It seems he has a lot of alter-egos that he goes by from time to time, I suppose he changes them based on his mood or the song he’s playing.

His videos are unique and his creativity is astonishing, as far as his songs and his looks go, probably because he believes that “versatility is key”.

“I wanted to make sure everything I do is different so it builds versatility. .. Versatility is key.” – Denzel Curry

Even though he might look aggressive, and sing about aggressive subjects, everyone that met him in person said he’s chilled, modest, and nice to have a conversation with.

In his new album “Melt My Eyez See Your Future”, which debuted at 51 on Billboard 200, he mentioned a few guests that will appear, like T-Pain, 6lack, Slowthai, Rico Nasty, J.I.D, Thundercat, and many others, and a new style, a new Denzel Curry.

This new album is meant to have a lot of content that he couldn’t put in his previous albums like “Ta13oo” or “Imperial” due to depression and anger issues at the time of those releases.

Denzel Curry used to have a brother, Treon “Tree” Johnson, that died in 2014 because of complications from a police taser used by the officer to restrain Treon. The family called it police brutality.

He grew up in an aggressive environment, and even mentioned the fact that he was molested in his childhood, and his music reflected that anger. But now he wanted to change himself and give something better through his new album, as he worked on his anger issues.

“If I have a message to send, I’m going to send it in the most creative and yet crazy way I can.” – Denzel Curry

He admits he’s sensitive, and no one would believe it, right? But his emotions and anger come from being too sensitive. Overcoming his problems made him a better rap singer, so I’m glad he’s learning to control them.

“I think being sensitive gives you powers. You get the logic and the flexibility of emotions.” – Denzel Curry

For me, he sounds like an old soul, not in age like Boosie Badazz, but as his mentality is mature and his way of looking at life is an inspiration.

Besides being a talented rapper, Denzel likes to draw, inspired by anime and comic books, he also attended Miami’s Design and Architecture High School for two years before being expelled.

“I’m a weirdo, but everybody’s weird in some kind of way.” – Denzel Curry

As I mentioned before, he’s unique and not like other rappers, his personality and music are a true inspiration for young artists nowadays, and people should give him more credit.

There are more things we can learn from Denzel Curry and here are some wise words that he said and are worth remembering.

“A rock can crush another rock, but a rock can’t crush a rubber band, so you’ve got to remain flexible.” – Denzel Curry

His view on being flexible in this music business is something everyone should follow. The winds change, and you gotta change with them.

He’s very insightful and has a lot of good things to say that you can get inspired by, so these are more quotes from Denzel Curry that you might want to take notes of.

“Everybody wants freedom. You don’t want to be shackled, especially as an artist.” – Denzel Curry

“Always be true to yourself. But learn how to adapt, too. That’s something I wish I did when I was younger.” – Denzel Curry

I hope you took some notes because these are true words that you shouldn’t forget.

Do you still have some questions about Denzel Curry? I have the answers below.

Is Denzel Curry single or dating?

Denzel Curry is single. He stopped dating anyone starting in 2022, but he did have only one known relationship before today. So you never know if he might look for someone again.

What is Denzel Curry’s net worth?

Denzel Curry’s net worth info shows us he’s around $2.5 million, but that is subject to change in the future.

I think he has a lot of chances to grow bigger from where he is right now. He was smart enough to stay out of trouble and didn’t get into shady businesses like other rappers nowadays.

He’s a genuine, talented artist that has a lot more to give to the music world because we can see his potential with every song or album he releases.

And more artists recognize his talent and I’m sure he’ll feature in many other songs. Probably not with artists like JackBoy as I feel they have different personalities and would not match.